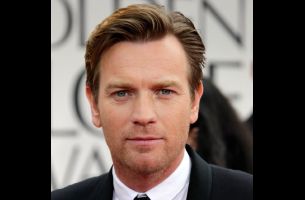 RSA Films has added filmmaker and acclaimed actor Ewan McGregor for commercial representation globally. The film, theatre and TV actor, who won a Golden Globe this year for Best Actor in FX’s 'Fargo,' is also a natural behind the camera. His directorial credits include feature film American Pastoral which he starred in with Jennifer Connelly and Dakota Fanning, and the original short film 'Bone,' part of Time Out’s 'Tube Tales' series based on the true-life experiences of London Underground passengers. The news was announced today by Jules Daly, President, RSA Films.

“We have been fans of Ewan’s work for quite some time,” Daly says. “He’s one of today’s most exciting actors, who we had the pleasure of working with firsthand as the star of Zoe which will be released later this year. His expertise in narrative storytelling - also seen in his directorial feature debut American Pastoral - makes him a unique and well-rounded directing talent. He’s based in Los Angeles now, and we’re really looking forward to introducing him to our clients.”

McGregor first gained worldwide renown as an actor for his BAFTA-winning role in Trainspotting (1996). Some of his other most well known acting credits include T2 Trainspotting, the Star Wars prequel trilogy, Moulin Rouge!, Big Fish,Angels and Demons, The Ghost Writer, Salmon Fishing in the Yemen and Beauty and the Beast. He received Golden Globe nominations for both Moulin Rouge! and Salmon Fishing in the Yemen. He’s also starred in theatre productions of Guys and Dolls and Othello. And in 2016, BAFTA honoured him with the Humanitarian Award.