There’s a new elf in Santa’s workshop. And this one’s Evil. 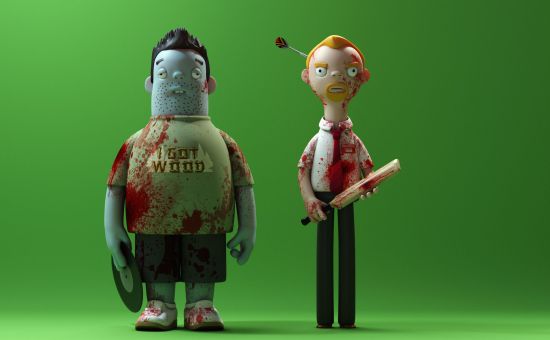 They may be called A Large Evil Corporation, but this London animation company has found its way onto Santa’s ‘nice’ list this year thanks to their pop culture-inspired toy designs. After their ‘Cornetto Trilogy’ designs were picked up by director Edgar Wright, Evil’s toy concepts garnered a huge online following and came to the attention of vinyl toy maker Funko (the crew behind those ubiquitous square-headed Game of Thrones figurines). So if all goes to plan, you may well be filling the stockings of your nearest and dearest with Evil’s cult toys. LBB’s Laura Swinton caught up with A Large Evil Corporation’s Seth Watkins to find out about his journey from animator to bona fide toymaker elf. 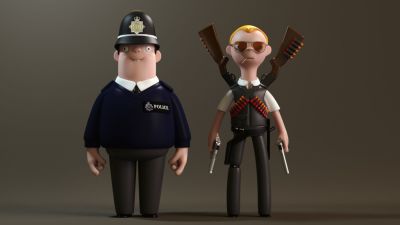 LBB> How did the toy project first come about? Are you vinyl toy collectors yourselves?

SW> I’ve never been a great Twitterer but one of the few people I follow is Edgar Wright and I had seen a lot of great Cornetto Trilogy fan art re-tweeted by him. Well, I’m a great fan of Wright, [Simon] Pegg and [Nick] Frost and with a bit of down time on my hands I thought I’d have a crack at making my own little bit of fan art and see if Edgar would retweet it (I sugared the pill with the promise of the whole trilogy if people liked them). Well, Edgar loved them and shared them with his followers who were very keen, so I fulfilled my promise.

Personally I’m not a collector, but I do like the aesthetic of vinyl toys, particularly when they have been successfully translated from stylised graphic characters.

LBB> Did you always have big ambitions for it or did it start off as just a fun side project?

SW> It began as a personal project to develop a style and to see how well familiar characters could be translated in that style. 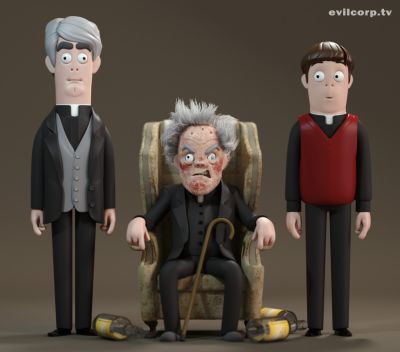 LBB> It’s an unusual move for a film/commercial-related production studio to move into product design in such a big way. Do you think it’s going to become more common for companies like yours to diversify and find new ways of doing business?

SW> Commercial animation has always been our bread and butter, but in-house we’ve continuously been coming up with ideas and designs for other things, whether it’s just tinkering with a new style or technique, poster designs or exploring possible interactive storybook type apps. We’ve never been opposed to potentially coming up with a new product.

LBB> From your experience so far, what advice would you give to any production/animation companies thinking of changing up their business model?

SW> There’s a huge audience online, so having a blog, and Twitter or Facebook is a great way to reach people that may not see your usual stuff (i.e. TV commercials, or corporate films). We tend to use our social networks for mainly posting our own stuff, rather than our client work – although we do post that too! 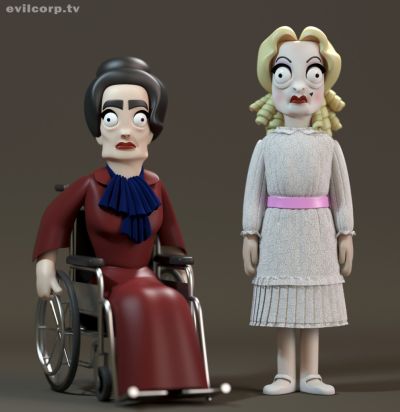 LBB> Has the experience changed the way you think of yourselves as a business?

SW> Not really. We’re still just trying to come up with great work. Once the design of these toys streamlined, as it’s all very busy with them right now, we’ll no doubt be developing something new!

LBB> The toy designs have been enormously popular on your Facebook page – I was wondering if that’s raised your profile and helped your business in other ways?

SW> Absolutely. We’ve had lots of people get in touch, wanting to work with us, or work for us! Every company should have a Facebook and/or Twitter page. Thanks to people like Edgar Wright sharing our work, along with many other people in the film and UK comedy industry, we’ve now built up our own base of about 25,000 followers on Facebook and Twitter combined, so each time we post something new, we already have this great reach, and that’s the whole point. We’re keen for people to see our stuff, hopefully like it, and then want to do business with us! 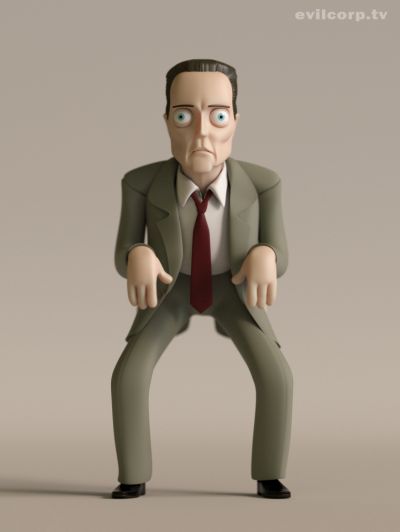 LBB> The toy designs so far have a real humour about them (the many faces of Tom Hanks) and are also unexpected (Walken, Too Many Cooks guy and Vic and Bob’s Mulligan and O’Hare spring to mind!) How do you choose which toys to design? (I think the success so far lies in the mix of cult classics and really left field and pleasingly surprising toys – was that a strategic decision at all?)

SW> Because this began as a personal project, so far I’ve only designed characters I wanted to, be it on a whim, because I saw it on TV last night or it presents a particular challenge. How many of these are commercially viable is another matter. How many people really want to buy Mr. Noseybonk for example? 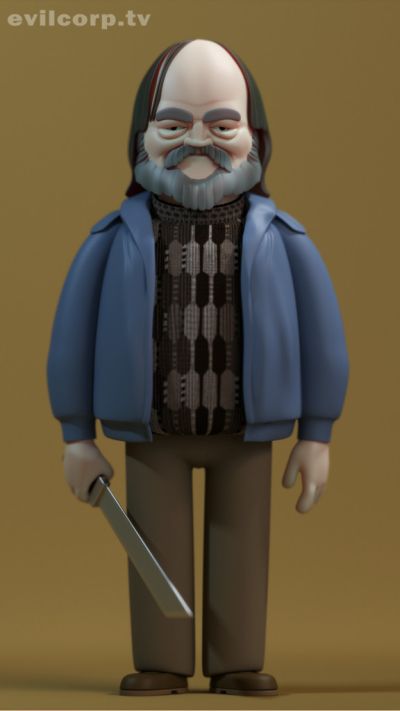 LBB> What’s the process like for designing and prototyping the toys?

SW> The characters are modelled, textured and rendered using Softimage and very basically composited in After Effects. Sometimes there’s a bit of trial and error in order to stay on style and get a likeness, but generally I can turn them around pretty quickly. 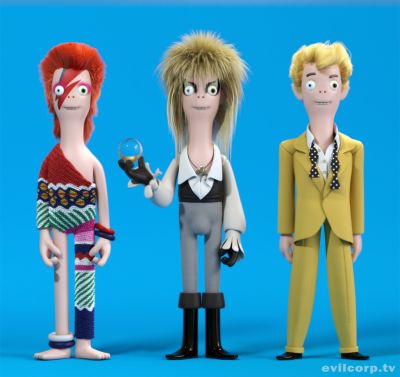 LBB> You’ve recently signed a deal with Funko which will see the Evil toys come to life – how did that hook up come about? And what does it mean for your toys?

SW> Funko contacted us as they really liked a lot of the characters and felt they could develop a new line using this style. This was great for us as the biggest hurdle we had was acquiring the licenses to produce the figures – this is what Funko do best, they have licenses for some major films and TV and are very good at negotiating. Obviously they also bring a wealth of knowledge about production and distribution and it turns out they’re also jolly nice so we couldn’t be happier with the arrangement.

LBB> And when will we see them in the shops roughly? (My colleagues are desperate to know!) Will we get them in time for this year’s Christmas stockings?

SW> Unfortunately we can’t say for sure when this might be but it won’t be before Christmas.

A Large Evil Corporation are represented by Bot Inc. Check out their range of toy designs so far on their blog.