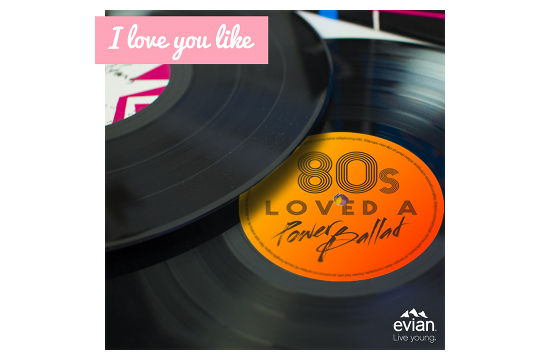 evian and global social media agency We Are Social launch ‘I Love You Like’ this week, a global multi-platform social media campaign to celebrate Valentine’s Day.

The campaign runs across Facebook, Twitter, Instagram and Pinterest, and will promote evian’s ‘Live young’ philosophy by encouraging people to express their feelings for loved ones while avoiding the clichés and stereotypical lines often associated with Valentine’s Day.

People can get involved with the campaign by tweeting evian in the UK or US, using the hashtag #ILoveYouLike. evian will reply to the tweets with playful and fun Live young messages such as “I love you like Batman loves Robin”, encouraging the recipient to ‘share the love’ with their followers.

evian fans will also be encouraged to share their suggestions of how to complete the sentence “I love you like” on Facebook to be in with a chance of winning exclusive evian Valentine’s Day prizes . The competition will run on a number of evian’s local Facebook channels including the UK, France and the US with the best suggestions shared across the brand's global channels. 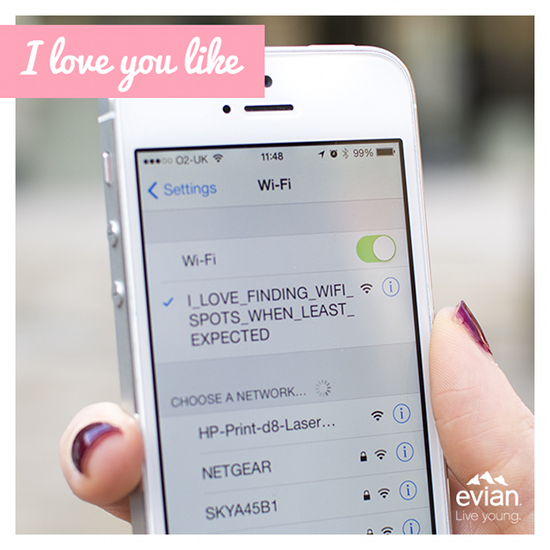 Laurence Foucher, global digital manager at evian, said: “evian’s ‘Live young’ values are all about encouraging our consumers to take a playful and fresh look at things, which this campaign reflects perfectly. People are often reluctant to get caught up in the usual Valentine’s cliches, so we’re hoping this campaign encourages them to have some fun with their loved ones instead.”

Robin Grant, global managing director at We Are Social, said: “Brands are increasingly realising that they can drive efficiency and effectiveness in social through a centrally funded and globally consistent strategic and creative approach, but which needs to be implemented locally with considerable cultural nuance. With We Are Social’s global expertise, brands are able to drive competitive advantage by getting the best of both approaches." 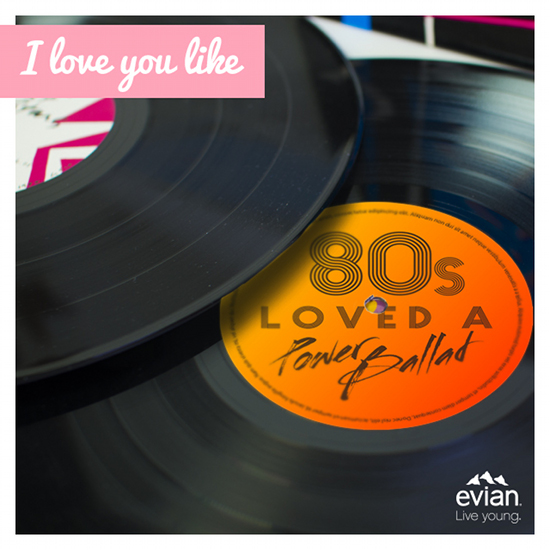 Amy Hambridge, account director at We Are Social, said: “Using both evian’s local and global social channels maximises the impact of the campaign, while ensuring content is relevant to local markets.  People all over the world really identify with evian’s ‘Live young’ philosophy, and this campaign reinforces these values on a global level.”

The campaign launches this week and run until the 14th February, when the global winners of the competition will be announced.