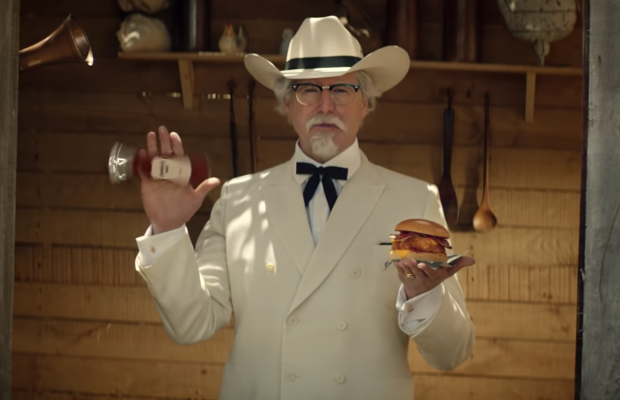 The (French) colonel is back, and he’s on a new mission. Last year the fast food brand heated up the market in France, increasing sales 9% from the previous year. But the colonel won’t stop there. The impressive results are only spurring him on in his next mission – to encourage all French people to taste KFC. The brand is planning to draw in new diners with a series of limited time offers, starting with the Kentucky Burger.

To promote the launch of the KFC Kentucky Burger, the most all-American of sandwiches, the Colonel is heading west, back home to Kentucky, where he’s the most wanted man. The best sheriffs, and the worst bandits, gold miners on a donkey, and families in covered wagons - everyone’s after the Colonel. They’re all relentlessly searching, day and night, not because his head is on a wanted poster… but to get a chance to taste the new Kentucky burger.

In this film, directed by Martin Jalfen (Birth), we find everyone in a very packed line in KFC’s very first drive-thru. A trip back in time, orchestrated by KFC France’s agency, sid lee Paris.

Celine et Clement Mornet·Landa (CDs, sid lee Paris) explains: “In this film we find all the anachronisms of a Wild West drive-thru: a line of wagons and horses, the menu, a speaker box, even tables on the outside terrace."

A restaurant where cowboys even exit through the window, saloon-style. All these details take us back into the wild west.

Mehdi Benali (managing director, sid lee Paris) said: “The idea was to reconnect with KFC’s origins, while honouring Kentucky. We had to treat this imaginary stereotypical US the KFC way, in perfect harmony with the generous and simple gourmand that makes this brand so loved.” 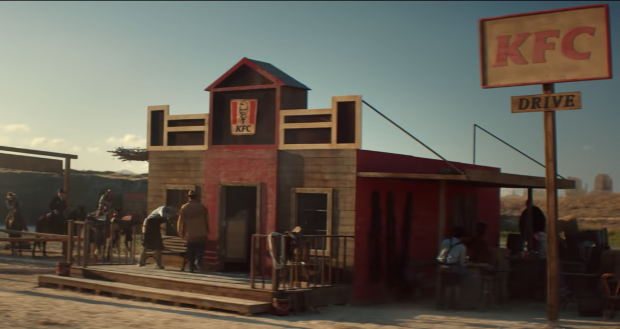 The film, which begins airing January 29th, will be accompanied by a print campaign, and will also include an lnstagram filter so users can try on the Wanted Colonel look for themselves. 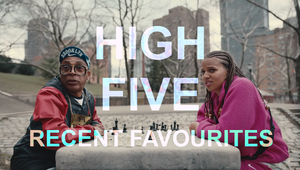