"Everyone Seems to be Making a Documentary These Days!" 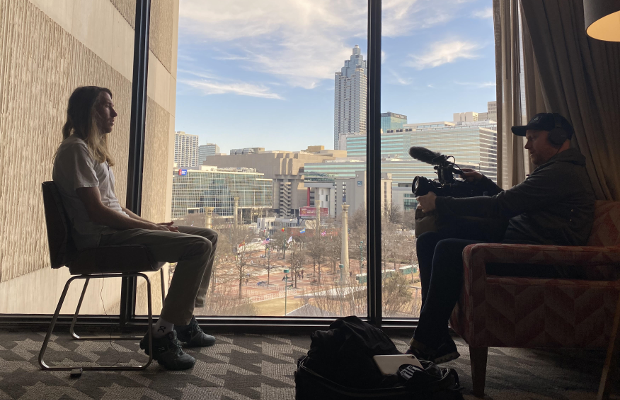 Hungry Man’s Andrew Hinton directs 'Chasing Tokyo' a five- episode docu-series for ON Running – the last episode airs tonight. The series follows a group of post-collegiate runners who have made big sacrifices in pursuit of running potential and the opportunity to achieve the childhood dream of becoming Olympians.

Here, Andrew chats about the project, his process and challenges he faced whilst filming.

Q> This isn’t your first project with On Running – what other projects have you collaborated on with them?

Andrew> One of ON's sponsored athletes Tim Don was involved in a terrible accident two days before the world Ironman Championships in Kona, Hawaii in 2017. They were looking for a documentary maker to chart his recovery  and Hungry Man reached out to me. I live in the US so was able to jump on a plane to Boulder and meet Tim and his manager a few days later. Filming began immediately.

I returned every few weeks to check in on Tim’s progress and then followed him to Boston where he ran the marathon, which was an unimaginable feat in the days immediately after the accident. That became The Man With The Halo, a half hour doc which ON released online, in-flight with Swiss, and via Red Bull TV. (It  was shortlisted at Cannes last year).

A few months later I was in Kona for ON to film a short follow up with Tim competing in the 2018 Ironman Championships - Iron Again.

Q> How did the process of making this docu-series differ from how you usually work?

Andrew> It was great to have a year to let the stories unfold and develop. Time is really helpful in documentary, it allows you to build trust with the people in front of the camera. I’m not sure I’ve worked on a project where the outcome is so clearly defined (and yet unknown) from the start - the athletes need to cross the finish line at the Olympic Marathon Trials in the top three to make the US Olympic team. The ON Zap Endurance athletes that I’ve been following have been training for this one race for years, and we (and they) are unsure whether or not they’ll make it. So the outcome (like all good documentary scenarios) is uncertain! I’m writing this on a plane on the way to Atlanta to film our final episode at the Trials and it is really exciting to know that some of them are in with an outside chance….Maybe, just maybe….

Feli at ON was the person who saw this as a series, with a plan to release episodes leading up to the Trials. It is my first time making something episodic and I’ve really enjoyed the weekly release schedule for the past month. The feedback has been amazing.

Q> Are there any particular challenges with working with athletes?

Andrew> One of the episodes is called Eat Sleep Run, which pretty succinctly sums up an athlete’s life (!). Only one of those three presents interesting filming possibilities and there’s only so much of it you can ask an audience to watch. We’ve tried to give a sense of an athlete’s life behind the scenes. Injury and failure are both very real parts of the process, but talking about them is hard. I didn’t want to jinx anyone.

Q> You are originally from the UK, but now live in Portland OR, how did you end up there?

Andrew> I visited New York in 2012 and had a magical weekend - My short documentary Amar won the Vimeo Documentary Award, and I met the woman who became my wife. I moved across the Atlantic three months later. Two years later I got divorced from both the wife and NYC and accepted an offer from a bra company in Portland to make films about boobs and underwires (true story!). I arrived in May and was charmed by Portland’s amazing weather, food, people, and music. It all changed in October when the long dark winter hit, but by then I was in too deep to leave. Now I’m happily settled twenty minutes from the airport and work all over the US and beyond.

Q> How do you find or generate ideas for documentaries or is it a different process for every project?

Andrew> I’m always collecting ideas and stories and references. It never stops. Every conversation with a friend or a stranger holds a seed for an idea. The ones I follow up on are those that refuse to go away. They somehow keep calling you back. I’ve recently started a couple of music projects with artists whose live performances have floored me, one is an 80 year old soul singer and the other is a 24 year old busker from Sao Paolo. Each of them has a magical ability to transport you with their music. I’m excited to see where they both lead. It is always a dynamic process that oscillates between capturing what is and trying to shape what could be.

Q> What makes a On Running a interesting brand to work for?

Andrew> They have been all about creating work exploring and celebrating the human spirit rather than promoting specific products. They are ambitious about punching way above their weight in a world dominated by the big shoe brands. I like that outsider mentality, and having to work smarter and leaner. I’ve loved watching their meteoric rise (Roger Federer recently became a partner in the company!) while still feeling like it’s a well-kept secret. I get a kick out of seeing people wearing ONs in airports or around town. A few projects in we’ve now developed a nice dialogue and flow of ideas, and they’ve shown a lot of trust.

Q> How do you think the documentary landscape is changing?

Andrew> At the top end there are some amazing feature docs getting made, sold and seen. For the rest of the doc world it’s a hustle. Ever cheaper technology has lowered the barriers to entry. Everyone seems to be making a documentary these days! There are lots of people shooting beautiful images, but the storytelling skills haven’t kept up. Great characters and stories never get old, and they will always stand out in the vast sea of content we’re all swimming in. 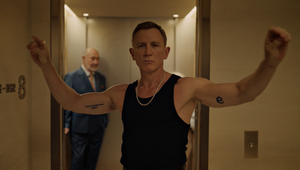 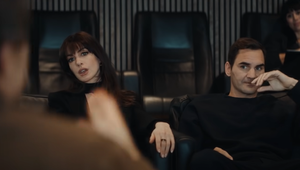 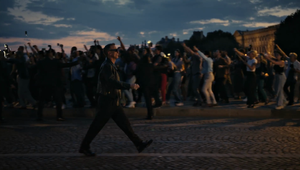 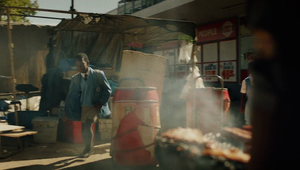 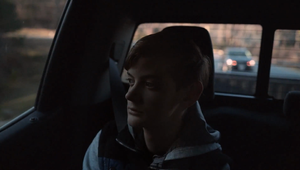