Every Name Has a Story in Starbucks' Groundbreaking Ad 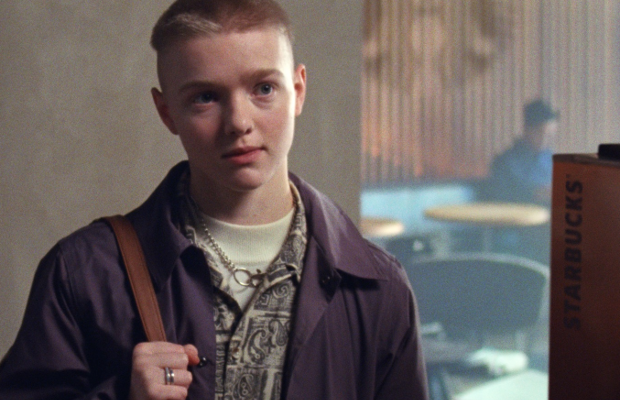 Channel 4 is premiering the winner of its Diversity in Advertising Award at 9.10pm on Sunday 2nd February, which was awarded to Starbucks for its ground-breaking commercial #whatsyourname.

The winning entry celebrates the life-changing moment facing some transgender and gender diverse people as they use their new name in public. It is inspired by real life experiences of individuals who find Starbucks stores to be a safe space, where their new name is accepted and they are recognised as who they really are.

The #whatsyourname advert depicts ‘James’ who is transitioning but faces everyday challenges because he does not identify with his birth name, ‘Jemma’. It culminates with him trying out his true name for the first time at a Starbucks store, by asking to have the name James written on a Starbucks cup, which is called out by a barista.

The Channel 4 Diversity in Advertising Award was judged by leading figures from both the advertising industry and LGBT+ community including: The IPA, Marketing Society, Stonewall, the LGBT+ Awards and actress Annie Wallace, the first transgender person to portray a reoccurring character in a British soap opera.

This is the fourth year of Channel 4’s Diversity in Advertising Award and this year’s theme challenges the lack of representation and stereotyping of the LGBT+ community in advertising. This came following a study that revealed only 0.3% of TV adverts feature a transgender person, despite the community making up at least an estimated 1% of the population.

Matt Salmon, interim director of sales at Channel 4, said: “We created the Channel 4 Diversity in Advertising Award to create positive change around representation of diverse groups in advertising, and the annual £1 million airtime prize has so far delivered three fantastic campaigns that broke new ground. This ground-breaking advert from Starbucks is an incredibly worthy recipient of the award and we hope this campaign encourages other brands to improve LGBT+ representation in their advertising.”

Alex Rayner, general manager, Retail UK said: "We are proud to have been recognised by the Channel 4 Diversity in Advertising award and we were moved to discover that individuals find our stores a safe space to try out their new names when transitioning. Since our beginnings, creating a warm and welcoming 'Third Place', where members of the community can gather, has been central to our mission. Writing a customer's name on a cup and calling it out is a symbol of this warm welcome."

The advert was created by Starbucks creative agency partner, Iris. Amy Bryson, managing partner from the agency said: “We believe brands should be brave, progressive and challenge the status quo, which is why we’re so passionate about this campaign and the impact it’s going to have. It was critical for us to tell ‘James’s story’ in an authentic way, so we spent time with people from the trans community who have experienced ‘dead-naming’ to make sure our work truly reflects their experiences. We hope the campaign will raise awareness about the importance of identity and acceptance in a time when hate crimes are on the rise.”

As part of its winning entry, Starbucks is also raising a minimum of £100k for the UK charity Mermaids, which supports gender-diverse children, young people and their families. The organisation has seen over a 600% increase in demand for its helpline services in the past five years. The helpline, email and webchat services offer information, support and access to a community of other young trans people and their families. The funding will help grow the Mermaids helpline service, allowing the charity to employ an additional helpline operator and extend its webchat service, which provides vital support to young trans people. The funds will be raised through the sale of a limited-edition Mermaid Cookie, available at participating Starbucks stores.

Susie Green, CEO of Mermaids said: “We are thrilled to be part of such a fantastic and empowering campaign. We know, from 25 years of experience, how important it is to acknowledge people's true identities. The funds raised through #whatsyourname will allow us to make a meaningful change to our helpline services, which support young trans people and their families who are so desperately in need of access to information and reassurance. Simply by acknowledging the existence of trans people in a television advert will help many people to feel less isolated and understand that they are valued.”

The next iteration of the award will launch and be open to entries in June and the criteria for entries will be announced in due course.

Last year’s award was won by the RAF and creative agency Engine for their campaign which challenged the portrayal of women in advertising. Previous competitions have focused on disability (Maltesers and Abbott Mead Vickers BBDO) and mental health (Lloyds Bank and adam&eve/DBB).