Every Man is Legendary in Heineken ‘The Odyssey’ 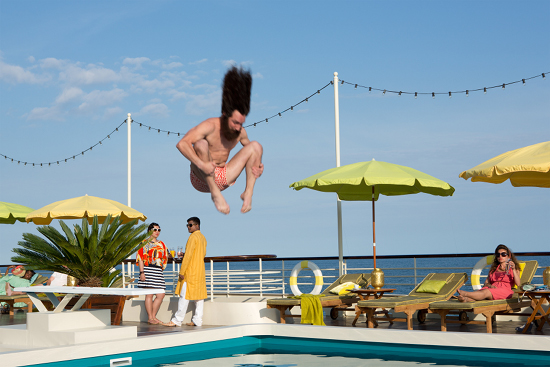 Heineken has today unveiled its latest global ad campaign, ‘The Odyssey’, celebrating the premise that every man is legendary at something. For the first time in its history, the premium beer brand has cast non-actors in its TVC to play the central protagonists.

The advert, created by HEINEKEN with Wieden + Kennedy Amsterdam, follows its recent ‘Legends’ platform, which saw a series of ‘Men of the World’ who are pushed to discover their limits and overcome them. However, this is the first time that non-actors have been used in the campaign and given a stage, proving that every man has the ability to become legendary.

Premiering across the world from 29th January, the ad follows the main character’s adventures aboard a cruise ship as he uses his wit, charm and skills to impress his fellow passengers. Covering everything from a limbo contest, to diving perfectly into a swimming pool, to dancing the perfect conga, the advert gives real men a stage on which they can perform their skills.

The advert features 20 non-actors, who were cast in an open casting, where their legendary skills were put to the test. The final 20 were picked for being masters at the skills needed for the TVC, for example diving, conga dancing and sliding down banisters.

Sandrine Huijgen, Global Communications Director HEINEKEN, commented, “Our Legends campaign is an entertaining homage to our drinkers and their legendary behaviours. We are convinced that many of our drinkers out there have at least one legendary talent. They just need a chance to show it to the world. This is why we decided to offer our next film, The Odyssey, as an opportunity for 20 young men to show us what they’ve got. And they are all legendary.”

The advert will live on a variety of platforms across broadcast and digital. At 90 seconds long, it can be viewed from 29th January at http://youtu.be/-51adxDx83I.