Ever Wondered Why We Had to Wait So Long for Bite-sized Twix? 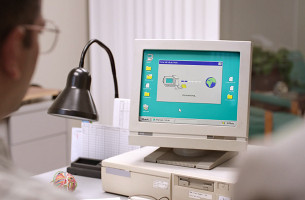 Earlier this year, Mars Chocolate North America launched a fresh campaign in support of its new Bites product offering. The commercials carry the theme, “Your favorite bars, bite-sized,” and beg the question, “Why didn’t we think of these years ago?”

Now the campaign, which was created by BBDO New York, is taking on a digital twist with a Throw Back Thursday (#TBT) theme. A series of new online films have just launched, offering further comical, throwback, scenarios to explain why it took so long for the bite-sized product to become a reality.

These videos will be promoted with a cross-platform digital campaign on the brand’s social channels. Films will be released each Thursday as part of the naturally occurring #TBT dialogue.

The two :30 TV commercials, “Hairspray” and “Walkman,” featuring TWIX Bites will continue to air in support of the campaign, with “Walkman” running in the 2014 MTV Video Music Awards.