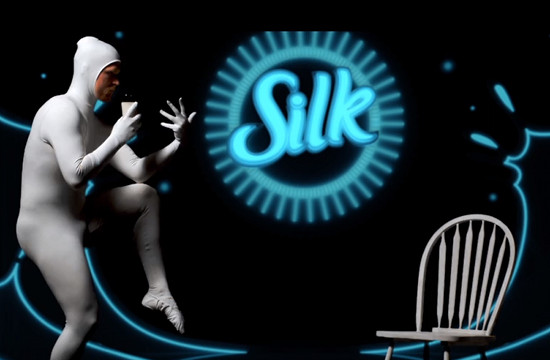 The reasons for drinking Silk Soymilk are many and varied, but taste is the reason to talk about it.

Taste is subjective. Different people have different ways to describe it. In this campaign, Silk and Evolution Bureau created a platform for the social community to define the new great taste of Silk Soymilk and Silk Iced Latte in a fun and engaging way.

The new smooth taste of Silk Soymilk and Silk Iced Latte shouldn't be defined by the brand, but by the people who drink it. So to help transform their thoughts into shareable content we've allowed our consumers the opportunity to interpret the taste for us. It’s a fun way to celebrate our fans without asking a lot of them. It’s as simple as describing the taste by commenting on a Facebook post. There’s no app or tab opt-in necessary.

Silk selects one fan description per week, and produces unique content based on the user’s submission. Descriptions are chosen on their creative merit and how they represent the Silk brand. Selected and produced entries are used for Silk advertising content.

The activation kicked off in late April on You Tube with Mr. Smooth singing a few fan-written odes about "Two great new tastes. Smooth for your soul." We now have three great examples of the work posted (and attached two).

“Tantalizing Tastebuds,” was written by fan Meg Tucker and features our "Interpretive Dancer" and the most recent spot was written by fan Vivian C.  Over the next few weeks, Silk will find further inspiration through fantastic, fan-submitted taste descriptions who take the "Tastemaker Challenge" on Facebook.

WHERE DID THIS AIR? Online – facebook.com/silkUS