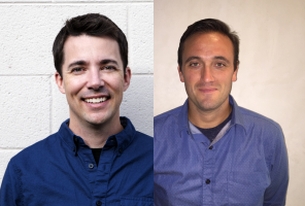 "We could not be more excited to have Steve and Troy at the helm in Boulder,” said EVB’s CEO, Daniel Stein. That office has seen incredible growth over the past 12 months, and they have both been a big part of contributing to its success. I have no doubt that the office will continue to thrive under their leadership."

Barry oversees some of the agency’s largest national accounts, including SunChips and Kraft (Maxwell House, Gevalia, Tassimo and MiO). He has a track record in account service and rounds out his portfolio with creative development, brand strategy, positioning and planning experience.

Burrows joined EVB in spring of 2014, and his work has spanned both the Boulder and Oakland offices. He’s been key to a number of EVB’s new business wins, including Jameson Irish Whiskey, SunChips, Ebates, Hipmunk and Hot Wheels, and has touched every piece of agency business.

Prior to his arrival, Burrows’ career took him from Chicago to Seattle to Miami at shops such as FCB, Creature, and CP+B, where he created campaigns for Sharpie, DiGiorno Pizza, Dickies and the Seattle Office of Film + Music.

Burrows is replacing EVB Partner/ECD Steve Babcock, who left the agency to pursue other opportunities.