Awards and Events 389 Add to collection 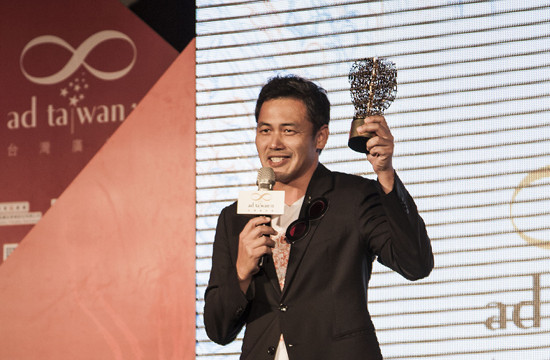 Evan Teng, Managing Director of JWT Taipei, has been named ‘Ad Man of the Year’ at the eighth annual Taiwan Ad Festival.

The festival, which is run in conjunction with the Commerce Department of Ministry of Economic Affairs, celebrates excellence in the field of advertising.

Teng beat stiff competition from all across Taiwan.  He ultimately made it to the top spot because of his dedication and successes over the past year.  JWT Taipei saw a significant growth in revenue alongside advancements in creativity, winning international recognition from global festivals including One Show, Spikes and Adfest.

In addition to his commitments with JWT, Teng recently became the Secretary General of 2015 AdAsia in Taipei.  In that role, Teng will assist in improving and promoting the advertising industry in Taiwan.

“I am truly honored to receive the award. The team at JWT Taipei have been fantastic, so this award is for them as much as for me,” said Teng.