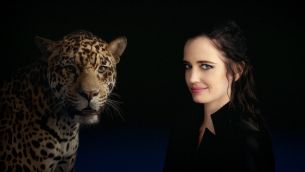 The Casino Royaleand Penny Dreadfulactor stars with a CGI jaguar and the all-electric Jaguar I-PACE performance SUV in the launch film for the new campaign. It shows Eva walking with a life-size, computer generated jaguar before driving her I-PACE in a dramatic electrical storm, delivering the line: “It’s just electricity – nothing to be afraid of”.

The I-PACE is Jaguar’s first all-electric car, now on sale around the globe and lauded by many industry experts as the world’s first Tesla beater. This innovative new battery-powered SUV is capable of sprinting from 0-60mph in just 4.5 seconds and can travel 292 miles on one charge.

The campaign also showcases Jaguar’s award-winning PACE family of SUVs. Further films will feature the E-PACE compact SUV and the F-PACE performance SUV (2017 World Car of the Year) in a spot featuring Thure Lindhardt, star of TV drama The Bridge.

Eva Green said: “I absolutely love these short films for Jaguar. This campaign is about how Jaguar people stand apart from the crowd. I’ve spent my career being slightly at odds with the mainstream so I found it quite easy to fit in!”

The campaign was created by Spark44, Jaguar Land Rover’s creative agency. The films were directed by Chris Palmer through Gorgeous, with stills photography by Gary Bryan. The films are backed by a striking soundtrack from award-winning British grime artist Skepta.

Brian Fraser, Chief Creative Officer of Spark44, said: “The core of this is that Jaguars are different and Jaguar people are different: they are not afraid to make their own choices in life rather than follow the herd.”

The films are complemented by a print and digital campaign featuring every model in the Jaguar line-up, with headlines such as ‘Long Live Originality’ and ‘Stray From The Pack’. 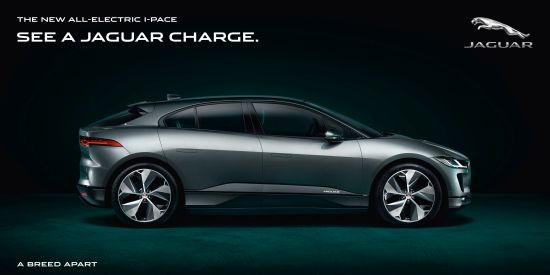