Eurobest Winners Announced as Festival Draws to a Close 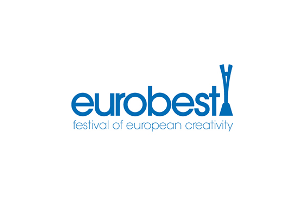 eurobest Festival of Creativity ended on the evening of Friday 2 December 2016, with a ceremony to celebrate the 2016 eurobest awards. 116 jury members from across Europe judged and decided the very best work during the three-day event and the award winners were tonight announced.

The city of Rome opened its doors to welcome Europe’s creative community to eurobest 2016. The historic ambience of the Palazzo Barberini venue set the scene for an inspiring Festival of speaker sessions and workshops, which approached diversity, identity and innovation through fearless and open debate. The theme this year, inspired by the host city, was ‘the senses’ and multisensory branding was threaded through the content programme.

Louise Benson, Festival Director of eurobest, said, “Italy has provided a rich backdrop for eurobest this year, from the historic venues who’ve hosted us to the contemporary perspectives of our Italian speakers and jury members. Over 30 countries collaborated in our content programme, and attendees came from every corner of the continent. Thank you to all our partners who have made the Festival so special. I can’t think of a more important time for the European community to come together and celebrate creativity.”

The Grand Prix was awarded to Monty’s Christmas for John Lewis by adam&eveDDB, London – UK

The Grand Prix went to The Next Rembrandt for ING by J. Walter Thompson Amsterdam – The Netherlands

The Grand Prix was recieved by The Swedish Number for The Swedish Tourist Association by INGO, Stockholm - Sweden

The Grand Prix went to Modern Essentials by Beckham for H&M by adam&eveDDB, London - UK

The Grand Prix went to The Man on the Moon for John Lewis by adam&eveDDB, London – UK

No Grand Prix was awarded

A second Grand Prix was awarded to The Swedish Number campaign for The Swedish Tourist Association by INGO, Stockholm – Sweden

A third Grand Prix went to The Swedish Number campaign for The Swedish Tourist Association by INGO, Stockholm – Sweden

The Grand Prix was awarded to Brad is Single for Norwegian Air by Try, Oslo – Norway

1 Grand Prix was awarded to:

A fourth Grand Prix was recieved by The Swedish Number for The Swedish Tourist Organisation by INGO, Stockholm - Sweden

During the ceremony, Terry Savage, Chairman of Cannes Lions presented the Advertiser of the Year award to HEINEKEN as “a true creative leader who understands the power of creativity to drive business,” he said. Ian Wilson, Senior Director Global, Digital and Marketing Development at HEINEKEN collected the award.

The award was received by Check it Before it’s Removed: Naked Breasts on Facebook Against Breast Cancer for Pink Ribbon Deutschland by DDB Group Germany – Germany

Other special awards presented were:

Network of the Year:

Agency of the Year:

Independent Agency of the Year:

Media Agency of the Year:

In the Young Creatives competition, 20 teams from 14 countries across Europe had 24 hours to create a brief for the Fondazione ANT – a cancer charity that provides free home medical care to cancer patients.

A team from Denmark, Klara Vilshammer and Christoffer Boas, were awarded Gold by the Young Creatives jury.

Photographs of all the award winners will be available on the Press Portal at 9.00am on the 3 December 2016 http://press.canneslions.com/

Further details about the Festival and Awards can be found at www.eurobest.com, where, from tomorrow, all of the winners can also be viewed.