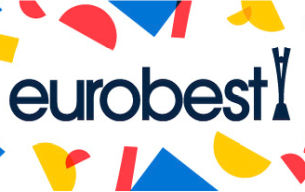 Eurobest has today released the full list of jury members that will judge entries into this year’s Awards. For the first time the juries are made up of an equal split of male and female creative leaders from across Europe.

The juries will convene in London in November to review work across 21 categories looking for original and innovative ideas and honouring the most creative and effective communications campaigns from European brands and agencies.

In a change for 2018 the Gold, Silver and Bronze winners will be announced on 10 December, followed by the Grands Prix and Special Awards winners on 13 December at eurobest Unwrapped. This event takes place in London and will be live streamed to the eurobest community and will reveal insights and trends from the first European Creativity Report.

Louise Benson, VP of eurobest, commenting on the announcement said, “We’re really thrilled with this year’s jury, especially that we’ve reached a 50:50 split. It’s something we’ve worked really hard on over the last number of years and it’s exciting to see the calibre and breadth of experience from across the region. With representatives from over 19 countries we can expect this year’s discussions to be diverse in thought and rich in context.”

Entries for this year’s awards are open until 15 November and full details on how to enter can be found at www.eurobest.com/how-to-enter .