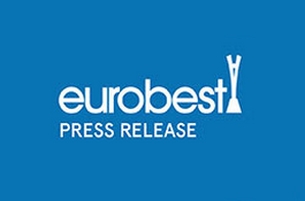 The European Festival of Creativity, eurobest, has named Mercedes-Benz as the 2015 Advertiser of the Year.

Louise Benson, Festival Director of eurobest, commented that Mercedes-Benz is a brand that is “clearly incredibly committed to creativity across their communications.” The Advertiser of the Year accolade is chosen annually by the Festival organisers and is presented to advertisers born out of Europe who have distinguished themselves for inspiring innovative marketing of their products and who embrace and encourage the creative work produced by their agencies.

Over the last four years Mercedes-Benz have taken home seventeen awards from eurobest, including a Grand Prix in the Direct category for Daimler’s ‘The Invisible Drive’, a campaign that also took home Gold awards in the Outdoor and Promo & Activation categories.

Commenting on taking home the award, Dr. Thiemer says, “We are very glad to be receiving this eurobest award as ‘Advertiser of the Year’. This is a great honour for our global marketing board members, managing all holistic international advertising campaigns. This award will spur us even more in the future to communicate the fascination of Mercedes-Benz in the most creative and sales-effective way.”

This year, eurobest will add another accolade to the trophy line-up, by awarding a Grand Prix for Good. The award honours work ineligible to win a Grand Prix in their sections because they are made for charities or not for profit. Benson said that it was a 'natural addition that had already given recognition to some outstanding campaigns at eurobest’s sister event, Cannes Lions.'

"Eligible work will be judged by the Integrated jury which is made up of nine of our jury presidents, meaning that the winner will be debated and chosen by some of the most admired industry leaders in the region,” continued Benson.