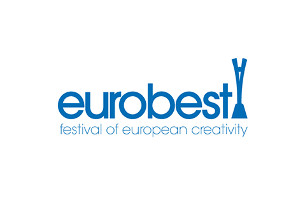 Fiorenza Plinio, Head of Awards Development for eurobest, commented, “Entries will be judged by an outstanding mix of industry professionals who will come together to award the best in European creative communications. We have put together 10 top tips to help both new and seasoned entrants craft their submissions.”

Entrants can follow these top tips from Fiorenza when creating their case film: https://www.eurobest.com/Our-Awards/Top-tips-for-entering

The Presidents tasked with leading the jury panels to decide the very best work have also been announced.

President for Film, Print & Publishing and Print & Outdoor Craft, Bruno Bertelli, Global Chief Creative Officer of Publicis Worldwide, said, "I hope that together with my jury members, we will push these categories to new heights and set the direction for storytelling in creativity."

President of Outdoor & Radio - Jaime Mandelbaum, Europe Chief Creative Officer for Y&R, said, “I could not be more honoured to be the jury President of two disciplines that have stood the test of time and continue to evolve.”

Promo & Activation President - Caitlin Ryan, Executive Creative Director at Cheil, commented, “I am ecstatic about leading this jury. It is a category where the industry truly pushes itself to do new and innovative creative work.”

PR President Caterina Tonini, Vice President, Havas PR, said, “I would like to focus on the importance of PR in all communication strategies across both brand communications and corporate communications to highlight the key role it plays.”

eurobest, organised by Lions Festivals, will be held in Italy for the first time in 2016, hosted in its capital, Rome. The Festival, which will run from 30 November to 2 December, offers access to interactive workshops, lively discussions, curated seminars and networking events, as well as entry to the awards ceremony, where Europe’s brightest creatives will be rewarded with the coveted eurobest trophies. Entries can now be submitted via www.eurobest.com.

Entries will remain open until 29 September 2016 on the eurobest website.