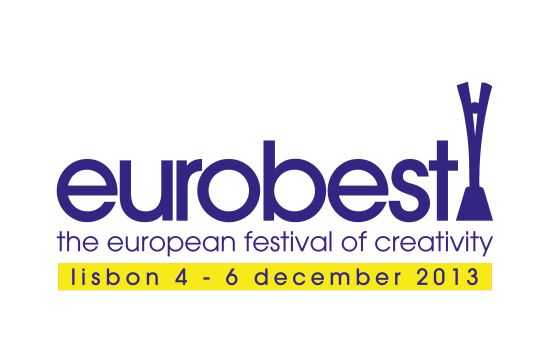 Europe’s major Awards and Festival for the creative communications industry, Eurobest, has today announced the final jury presidents who are set to complete this year’s line-up.

Stéphane Xiberras, President and Chief Creative Officer of BETC Paris, will preside over the Radio and Outdoor jury. Stéphane is in charge of, amongst others, the CANAL+ account which has seen him create winning campaigns that include ‘The Bear’, winner of the 2012 Cannes Lions and Eurobest Film Craft Grand Prix and ‘The Closet’, which was the most awarded film of 2010 according to The Gunn Report. Stéphane has also been responsible for innovations and inventions that include CAI, a unique software robot, the BETC Start Up Lab, a commando unit within the agency exclusively dedicated to start ups and the BETC Academy which is the agency’s internship programme.

Commenting on his appointment Stéphane Xiberras says, “I am delighted to be part of the Eurobest experience this year. It is my first time being a jury President and I am honoured but also under a lot of pressure to get it right. Of course winning is important, but we mustn't forget the huge amount of work that creatives put into each entry.”

Heading up the Design jury will be Gesina Roters, Co-Founder and Creative Partner at Day Creative Business Partners – a blend between business consultancy and design agency. With an extensive career as an Art and Creative Director in branding and interior architecture, Gesina’s strategic thinking balances on the border between all disciplines of design, reinforcing the connections between spatial, graphic and digital media with a focus on branding and retail. She has built up an extensive portfolio of multi-disciplinary clients that include Orange, Nike, Bugaboo, Van Gogh Museum, MTV Networks and Abu Dhabi Terminals. She has acted on the design jury at both Cannes Lions and Dubai Lynx and her work has been awarded both nationally and internationally.

About her position as jury president Gesina Roters says, “As jury president I am excited and honoured to work with the design jury, and to challenge ourselves as strongly as the powerful European design talents, in order to be part of innovation and progress. I believe excellent design is more than only a pretty picture, it is an amazing tool to transform innovative ideas and visions into tangible realities.  Intelligent design can represent the ambitions of our society in every form and discipline. Creative thinkers and designers are the agents of our future ambitions, and are able to increase purpose by beauty - and to strengthen beauty by purpose.”

James Cunningham, Head of Content at Academy Films / A+ will lead the Film Craft jury.  James started his career as an account man at TBWA before moving to Mustoe Merriman as Client Service Director. Relocating to Cape Town he moved into Production, working at Suburban Films and playing an instrumental part in setting up Film South Africa, a committee that unified the country’s production industry under one global marketing strategy. On returning to the UK James joined Academy Films as Head of Content and Academy’s multi-disciplinary content division, A+, was launched in 2011. Since its inception, A+ has picked up multiple awards which include Cannes Cyber, Media and Branded Content & Entertainment Lions. James served as a member of the Branded Content & Entertainment Lions jury at Eurobest in 2012.

Commenting on his role James Cunningham says, “Needless to say I feel honoured to be asked to be President of this jury. The creative process has always been a collaborative one, involving specialists from many fields, and the Film Craft category gives recognition to those frequently overlooked in this process.”

Taking the helm of this year’s Media jury will be Belinda Rowe, Global Managing Partner, ZenithOptimedia. Prior to joining ZenithOptimedia Worldwide, Belinda was CEO of ZenithOptimedia Australia – the agency she founded in 1999 and built to become the fifth biggest media agency in the market. During her time leading agencies in Australia, Belinda played an active role in shaping the country’s advertising industry. Having been elected to the board of the Advertising Federation of Australia in 2008, she went on to become Chair of the AFA and then led an industry-wide move to unite advertising, PR, production and digital under one newly created trade body, the Communications Council. Belinda leads the development of ZenithOptimedia’s global client partnerships and products and has overall responsibility for the marketing of the agency.

Belinda Rowe says about her role, “I am hugely honoured to have been invited to lead the media jury at Eurobest. With the amazing array of digital, social, and content opportunities available to agencies, I am really excited about seeing some truly innovative media work that delivers ROI for clients.”

Colin Byrne, Chief Executive Officer, UK & EMEA, Weber Shandwick, will preside over the PR jury. Colin joined Shandwick, now Weber Shandwick, in London in 1995. He led the public affair’s business, then became UK CEO in 2003, and stepped up to EMEA CEO in 2008. Under his leadership Weber Shandwick has become the UK’s most award winning agency and in London the agency has won four Cannes Lions. Prior to PR consultancy Colin had a series of in-house roles including Head of PR for the Labour Party and communications director for the international arm of The Prince’s Trusts.

Commenting on his position as jury president, Colin Byrne says, “At a time of great creative challenge and opportunity for the public relations industry, and speaking as head of a multiple Cannes Lions winning business in the UK, I am delighted to be part of this premier creative communications showcase.”

About these presidents, Terry Savage, Chairman of Lions Festivals says, “We’re delighted to complete this year’s president line-up with such inspirational individuals. They have all achieved outstanding feats within their respective industries and we can be sure that they will judge this year’s entries with tenacity and unbeatable knowledge.”

Eurobest will be accepting entries into its 26th Awards from 22nd August 2013. The work will be judged by some of the region’s greatest industry leaders with the best entries being awarded and celebrated at the Eurobest Awards Ceremony, which will draw the Festival to a close. Details of categories and how to enter can all be found online at www.eurobest.com.