Verra Budimlija, Bertille Toledano and Dan Vasconcelos are among the 116 experts who will sit on the jury 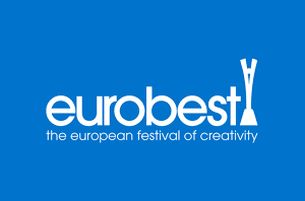 eurobest, the European Festival of Creativity, has today revealed the names of the 116 experts who will sit on juries to decide and award excellence in creative communications across Europe.

“The eurobest Awards are known to be the benchmark of Europe’s Creativity,” says Jose Papa, Managing Director, Lions Festivals. “The responsibility of setting this benchmark lies entirely with our juries, so ensuring they are well-respected and progressive creative leaders is crucial. Following last year’s effort, we’re proud to be able to say that over 40% of our jurors are female. This is an important step in addressing gender imbalance in the European creative industries, and shows eurobest once more leading the way on this issue.”

Kristina May Pries, Creative Director and Founder, We Are AM, Denmark

eurobest moves to Rome this year and takes place from 30 November to 2 December culminating in the Awards Ceremony. Entries are still being accepted via the website. Submission guidelines and information is available here.