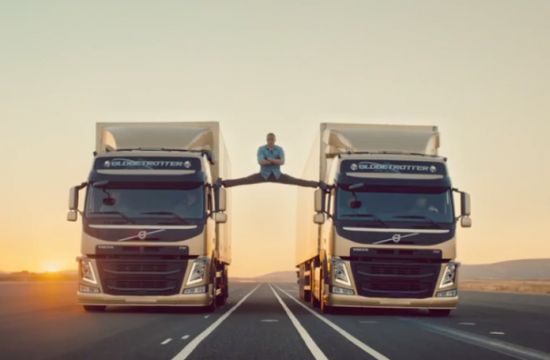 The winners of the Eurobest Festival of Creativity were last night announced to a packed auditorium at the Cinema São Jorge in Lisbon.

TBWA\BELGIUM, Brussels, ‘The Gap in the Market’, KBC

Other awards presented at the ceremony were:

Interactive Agency of the Year was awarded to Forsman & Bodenfors Gothenburg, with SMFB Oslo in second and Try/Apt Advertising Agency Oslo taking third.

Agency of the Year was given to Serviceplan Munich. Heimat Berlin took second and DDB Paris were in third place.

The Eurobest Golden Palm, given to the most awarded production company, was presented to Bacon Frederiksberg with Henry de Czar Paris taking second and Blink Productions London third.

Independent Agency of the Year went to Heimat Berlin. Runners up Serviceplan Munich were in second place and Forsman & Bodenfors Gothenburg in third.

The Network of the Year award was presented to DDB. Second place went to BBDO and third to Publicis.

Canal+ were honoured as Advertiser of the Year in recognition of the outstanding creative brand marketing of the leading French broadcasting company. Anne-Gaelle Petri, Advertising Director for the Canal+ Brand, was on stage to collect the accolade.

The Young Creatives Competition, which has run throughout the Festival, saw the team from Slovenia, Drago Mlakar and Luka Bajs, taking the Gold. The team from Sweden took Silver and Denmark Bronze.

Over the past three days Eurobest has been celebrating creativity with a host of seminars, workshops, academies and networking that has left the 1800 delegates inspired and charged with fresh ideas. Commenting on the Branded Content & Entertainment work that has been seen coming out of Europe, jury president P J Pereira, Chief Creative Officer & Co-Founder of Pereira & O’Dell says, “The standard of entries in this category was incredibly high, in fact on average higher than at any other awards I’ve ever seen, so being shortlisted is incredible”. PJ, who also took part in judging the Integrated category, added “From what we have seen at Eurobest, the idea of integration is changing. It’s less about the different elements but more about the technique of combining thinking from lots of different worlds into something that is absolutely groundbreaking.”

All of the winners are available to view on www.eurobest.com  along with photos and interviews from across the Festival.

Lisbon has been host to Eurobest for three years; in 2014 the Festival will move to a new European location which has been confirmed as Helsinki, Finland.