Merher received widespread recognition with his mock advert for adidas 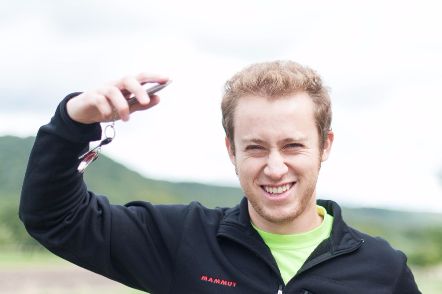 Eugen Merher, a young graduate of the Film Academy Baden-Wuerttemberg, has recently signed with production company StrangeLove. Raised in Germany, Eugen has had a longstanding love of filmmaking, borrowing his parent’s DV camera to create cheap action flicks with his friends. Since then, Eugen has rapidly progressed to become one of the most talked about young directors with his mock-advert for adidas. The advert, entitled ‘Break Free’, is a testament to the young director’s keen cinematic eye and ability to create an inspiring and poignant narrative. His other commercial work includes NIVEA, Baufix, and Kindle.

Tom Berendsen, Founder of StrangeLove, comments that Merher is a “rare talent with a successful career in the industry ahead." It is Eugen’s enthusiasm, creative sensibilities and talent that makes this young director’s signing an exciting development for the StrangeLove studio.