Ahead of EU elections creative agency & Co. and Frédéric Planchon have created an intensely real campaign on the importance of partaking in democracy 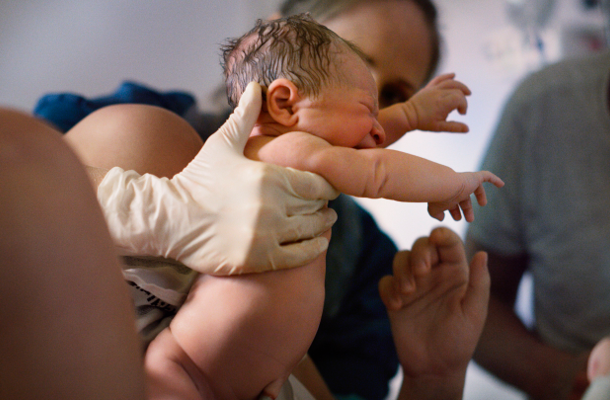 The stakes in the EU election are high. Maybe higher than ever. And with just one month to go until the most important elections in the history of the European Union, the European Parliament launched a campaign in all member states to encourage people across the EU to vote.
& Co, the Copenhagen based agency behind the creative development, is a sub-contractor of European Broadcast Partners, with whom the European Parliament has a framework contract. Previous work from & Co. like TV 2’s “All That We Share” struck a chord with the EBP, and the campaign & Co. developed for the elections is no less spectacular.
The campaign is a message of hope in an increasingly uncertain world. Today’s challenges can’t be solved individually or even on a national level, but if Europe stands together it’s possible to lead the way. And the more people vote, the stronger European democracy becomes.
And it's met a huge reception. Less than three weeks since its launch the video has reached over 127 million views across various platforms and more than 600,000 social interactions.
"We believe that our core campaign message, 'each of us can leave a mark, but together we can make a real difference' has resonated with the European citizens," says Emil Towity, Media Strategist at & Co. / NOA. "The campaign performance is a result of a deep understanding of the interplay between social media traditional media and PR. Planning and structuring a paid push on social media, traditional media such as TV and cinema and a press track across 28 member states has resulted in massive reach. We are seeing a lot of interest from the press due to the success of the campaign on social media.
"Social media is all about getting people talking and sharing and by focusing on the core message about togetherness, we believe we have found something that the majority of European citizens agree on and therefore also are willing to share on their private social media channels. We have talked to peoples’ hearts, not their brains, because they are much more likely to act and share something, when they are affected emotionally."
Johan Køhler, copywriter and partner at Co. / NOA, puts the campaign into more thematic context: "We are communicating in a context of Brexit, the rise of nationalism and external pressures from developing countries. In a time where we see a lot of subjects dividing us felt a need to give Europeans a message to unite around. Therefore, our strategy was to focus on what unites us as Europeans, rather than what divides us. We have been focusing on the simple act of voting, not what and who we vote for, and by voting we stand together in Europe to create a better future for the coming generation."

The campaign was orchestrated around a 3-minute hero film for digital and social media. In the film, director Frédéric Planchon documents the intense beauty of new Europeans coming into this world. Frédéric is known for numerous global, award-winning campaigns through the last decades, but even with all his experience, this project was very different.
“We witness the nervous last hours of pregnancies, going into lobourr, and finally the actual birth of these children that will inherit our decisions in the upcoming elections. We see the love and hope that meets the newborns”, says Frédéric. “All the people who participated and let us into their lives at these crucial moments were absolutely fantastic. It’s been an honour and a privilege to make this film.”

The birth of the idea

But how do you go from being briefed on increasing voter engagement to documenting real-life births across Europe?
“The biggest act of hope and will to believe in a better future is putting a child into this world”, says Johan. “And this is not a political campaign. It’s not about who and what to vote for. It’s about why we vote and, in my mind, we vote because we have to deal with the challenges we face globally, unless we want to leave the coming generations worse off.”
“The parliament saw the potential in the idea from the very beginning. The ambition was to document reality, so we couldn’t promise what exact scenes we would bring home. That’s a brave decision, and Frédéric was stand-by, waiting for births to film over a period of 15 days to get the material just right”, says Rune Petersen, partner and art director at & Co.
“We can’t think of anything more important than to unite Europe right now. It’s been a pleasure and a dream to work with the parliament”, says Trine Aagaard Eisinger, partner & client service director at & Co. “They have been brave and agile in their decision-making, and we are so immensely proud to have worked together on this campaign.”

The goal of the campaign was ambitious: reach 500 million Europeans. And that’s why distribution was such a big part of the creative idea.
“With a limited budget, and a target audience of 500 million people, we had to tailor a distribution strategy that combines TV, cinema, print, PR, social media and The European Parliament’s thousands of volunteers and partners, to create maximum engagement and awareness around the message”, says Emil. “And both the distribution strategy and the campaign itself is essentially about making Europeans stand together.”
“Democracy should unite us. But in the heat of the battle, politics often divide us. We tend to forget all the things we agree on”, says Johan. “Once in a while, we need to rediscover that we share our human circumstances and a lot of our dreams for our own and our children’s future. Or as the voice-over in the film explains: “From the second, we come into this world, we’re in it together”.
view more - Creative