Esther Duran: “If You’re Not Feeding Your Soul, You’re Finished”

Fjord Paris’ design director and global inclusion & diversity lead talks LBB through her inspiring path into the industry, the secret to a happy soul, and why - when all is said and done - there are only three things she can’t live without… 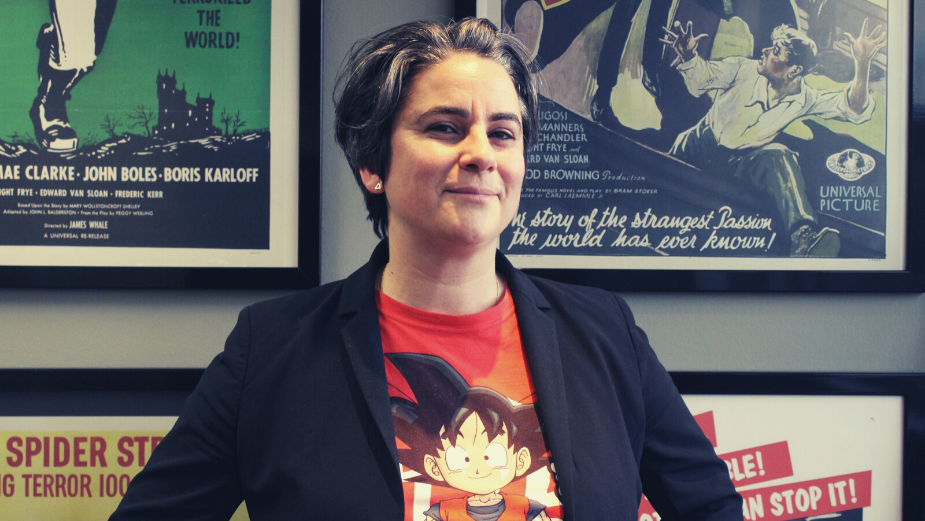 Esther Duran doesn’t stand still. In her role as group design director at Fjord, which is the design and innovation arm of Accenture Interactive, the Madrid-born creative leader combines her passion for innovation with a more innate desire to make the world a better place.

The result is an infectious spirit of positivity that radiates from Esther. On our call, her enthusiasm is plain to see - this is someone who, at the core of their being, believes that great design can change the world. And who are we to argue?

Over the course of the past year, Esther has helped bring projects to life which showcase that philosophy. Her work for the Scott-Morgan Foundation, for example, provided sufferers of motor neurone disease with a new way of expressing themselves. To chat through her work and philosophy, as well as reflect on her unique career to date, LBB caught up with Esther. Above anything else, we wanted to know; Can great design really save the world?

“I wish I could tell you there was a master plan”, laughs Esther, “but the honest truth was I had no idea what I was doing. It just felt right!”.

When Esther moved from Spain to London, she did so with the objective of improving her English. “That was pretty much it”, she reflects. “I took the first job I could find, thinking I’d be there six months, a year at most. Then life happened, and I eventually moved over to Paris some 21 years later”.

Driven by a love of visual arts (“especially manga!”), Esther found a place on a course at London College of Printing. From there she went to study digital art and advertising at University and landed a creative job agency-side in the British capital. Before that, however, her path wasn’t so simple.

“I was working jobs I didn’t want to do, serving drinks and cleaning toilets” she explains. “There was a period of my life around that time where I would just wake up in the morning thinking ‘today is going to be terrible’. That’s an awful feeling, but I knew I had to get through it in order to get onto a course and pursue what made me happy”.

Rather than a destination, however, Esther’s formative experience in adland proved to be another stop on the journey. “I quickly came to realise that advertising, at least in that traditional agency sense, wasn’t quite going to be the right fit either”, she recalls.

Her experience is perhaps best summed up with an example from a specific campaign. “We were working on a project aimed at pregnant women, and I wasn’t sure what we had planned was the correct approach”, she says. “So I told my boss about my reservations, and he looked me plain in the eye and said simply, ‘what would you know? It’s a campaign for pregnant women, and you’re gay. It’s not for you’.

“I decided pretty soon after that such toxicity wasn’t the right place for me to settle down and forge a career. Unfortunately, that guy was one asshole amongst many in the industry at that time. I still believe in the power of mass communication. But putting it into such a negative context was immensely dispiriting”.

Fortunately, Esther was able to find a new path forward. “I chose a new path because I had to. In life, you have no choice but to do something which feeds your soul”, she says. “If you don’t do that, you’re finished”.

A Design For Life

That new path turned out to be the world of design. “The beauty of design is that it lets you focus on the human experience”, explains Esther. “When your design is good enough, your audience will do your marketing and advertising for you”.

In that same spirit, Esther argues that the beauty of design is in its power. “Designers have the power to change the world, absolutely we do. But our tragic flaw is that sometimes we don’t know that until it’s too late in our careers”, she argues. “If you look at the way our culture has evolved over the past several decades, it’s been because of innovations and new ideas based around ease of use, or which empower people to do something that’s otherwise impossible. That’s all down to great design!”.

An example of that philosophy being put into practice is Esther’s work last year with the Scott-Morgan Foundation in the field of motor-neurone disease (MND). Her team set out with the goal of creating a new generation of the Association for Cognitive Analytic Therapy, an open-source software for those with MND. The result, delivered thanks to a combination of groundbreaking research, AI, and design, was a user interface which simply revolutionised the possibilities for MND sufferers to communicate with one another.

Above: Peter Scott-Morgan’s battle with motor neurone disease was the subject of a Channel 4 documentary.

For Esther, the campaign was a brilliantly rewarding experience. “We had some of the best feedback you could possibly receive for your work as a result of that project”, she recalls. “There was a moment I remember speaking with Peter, who you can see in that film. The fact he was able to communicate at all was amazing and catching up with him regularly is simply magical. He’s recently just finished his autobiography, whereas before he may not have been able to communicate at all. So, if you’re wondering whether design can change the world, my answer is yes absolutely. It certainly changed Peter’s”.

The Need For Diversity

Alongside her position as design director at Fjord Paris, Esther has also taken up the role of Fjord’s global inclusion and diversity lead. If design and diversity feel like somewhat disparate concepts, Esther passionately believes otherwise.

“It comes back to the power that designers have”, she says. “As we’ve seen, those in the profession of design have the ability to change the lives of people who desperately need and deserve help. And it’s not that designers don’t want to do this, it’s just that they maybe don’t have the awareness or the knowledge of others’ circumstances. That’s why you need as many different voices represented in the room as you can possibly get. Inclusion and diversity provide a powerful lens through which we designers can create our best work”.

As Esther notes, her project of building inclusion and diversity into the world of design is one which is driven by both the heart and the head. As well as the ethical need to provide better representation, there is a compelling business case as to how inclusion can elevate work.

“As humans, the main purpose of our being is to find belonging. I’m sure anyone could relate to the experience of needing to metaphorically put a mask on when you enter a room of people who are not like you. You’re not your true self, you are pretending,” she explains. “And when you are pretending to be someone you are not, it is exhausting. So, imagine having that feeling when you walk into a room every single day. That’s how under-represented people feel too often, and we need diversity programmes to solve this issue - that way, we lift up everybody’s talent”.

Locked Down, But Not Out

When history looks back at the times we’re living through today, it will likely reflect on what proved to be a pivotal moment in humanity’s story. The nature of the narrative that follows, argues Esther, is up to us to write.

“The past year has been horrible, of course. An enormous challenge that has changed so much, and no-one would wish to endure it again”, she says. “However, it helps to be realistic. The simple fact is that we have learnt, or perhaps relearnt, much during this pandemic.

“Being connected to our families, for example, has been a revelation for many. I don’t think that’s something we should be quick to trade back in when the opportunity to ‘return to normal’ finally arises. On top of that, we’ve all learned what we can truly afford to live without - and indeed what we can’t live without. For me, it turns out all I need is food, wine, and pyjamas.”

Perhaps unsurprisingly, Esther believes that we can use the tools we’ve picked up during the pandemic to design a better world on the other side of it. “I hope the pandemic can be a bit like that asshole I worked with”, she suggests. “It’s a deeply unpleasant and damaging experience, but - just maybe - it can set us on a course for better times ahead”. 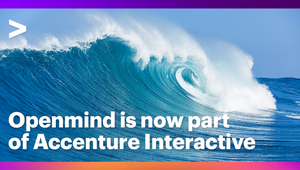 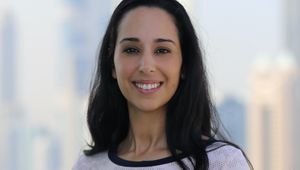 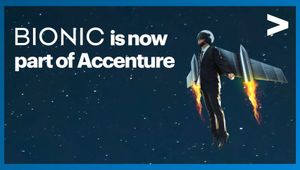 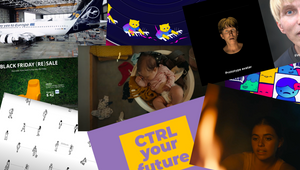 Cannes Contenders: Accenture Interactive Counts Down to the Lions
View all News