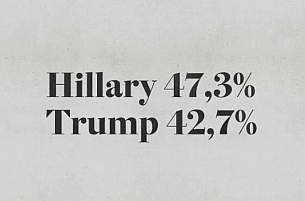 Things change fast, and Brazilian news portal Estadão's home page is tuned into these changes. This is the concept of the new campaign Estadão is launching to promote the new home page for its portal. The campaign is developed by FCB Brasil.
The ads feature phrases related to significant and surprising turns of events that happened in a short period of time. For example, there is a mention of Kevin Spacey's Emmy nomination, and how everything changed so quickly. The campaign has other pieces, including one about Hillary leading Trump in the polls, another about the Oscar for Best Picture being mistakenly announced as "The winner is La La Land," and more.
"Things change fast, and Estadão's home page is tuned into these changes, because how and how fast you get the news is very important, as is the credibility of your news sources. Our home page was redesigned to align with our new reality, where changes happen insanely fast," mentioned Joanna Monteiro, CCO of FCB Brasil.
The platform's home page was redesigned and now has a more modern concept, as well as more visual and more accessible information with images and text that aim to draw readers in and give them quick access to the most important news of the moment. 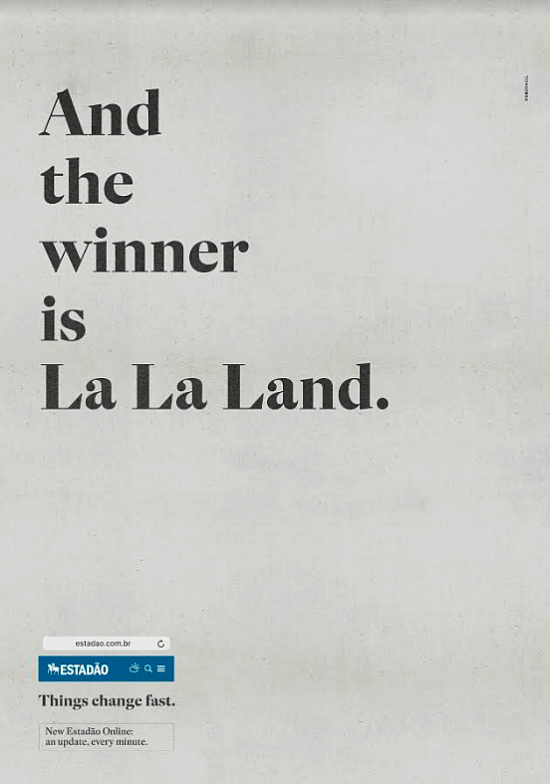 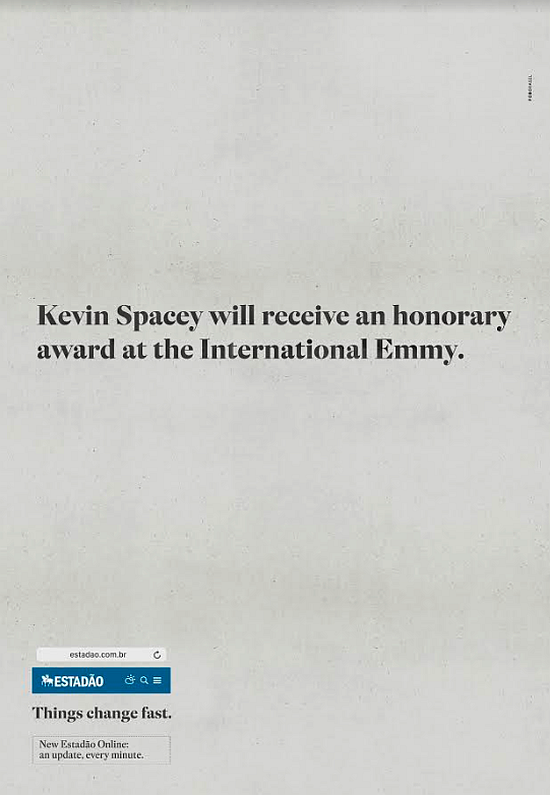