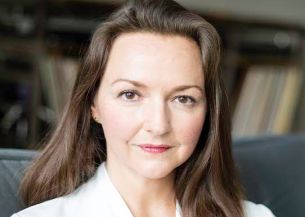 Bullis joins from Omnicom Media Group, where she spent more than three years in leadership roles. Most recently, Bullis served as Managing Director of Annalect UK and EMEA, the network’s data, technology and analytics division.

Prior to this, Bullis held senior roles in the media and marketing industry, as Director of Media at ITV, Head of Marketing and Operations at Sainsbury’s and Head of Media at BT.

“I am so excited to be joining Essence,” said Bullis. “The founding principle of the agency: to make advertising more valuable to the world, for brands and consumers; really resonates with me, particularly as we face a digitised but over-cluttered media landscape, where quality and integrity are questioned. Essence are at the forefront of change in media and I am delighted to be joining a highly talented team to grow the EMEA business, and help Essence with its plans for global expansion.”

“Now is the right time to focus on the next stage of growth in the region,” said Essence CEO Christian Juhl. “There is no better person than Jenny to lead that growth. Jenny has experience leading both brands and agencies, she understands what it takes for clients to be successful in the digital age and we’re excited having her lead Essence’s EMEA team.”

“Jenny will be an outstanding leader for Essence in Europe,” said GroupM Chief Digital Officer Rob Norman. “She has been a client of GroupM during her time at BT and we admired her determination, her fact-based approach to business and her creativity. She joins a great team and she will only make them better.”

Bullis's appointment is effective immediately. She will report into Juhl and will be based out of Essence's London office.