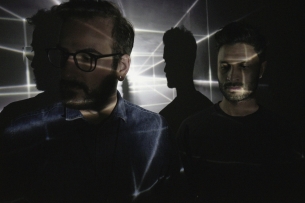 Creative studio Eskimo is thrilled to welcome SÄMEN, the directorial duo composed of Ludovico Amen Galletti and Sami Schinaia, for stateside representation. The Italian team, currently repped by View-Finder in Europe, splits their time between Milan and New York, and are best known for their ability to build drama with a distinct art-house style.

Galletti and Schinaia grew up as childhood friends in the same Italian village, devoting themselves to becoming pro skateboarders and launching a successful garage band. Their foray into filmmaking began with shooting music videos and short films and quickly snowballed SÄMEN’s recent commercial success. In the last two years, they have completed campaigns for several major advertising agencies, including DLV BBDO, Arnold Worldwide, Ogilvy & Mather, and Grey United.

“Meeting Terry was like talking with an old friend,” Galletti remarked. “We were immediately on the same page with our advertising philosophies, our approach to developing projects, and the importance of client experience.”

SÄMEN has cultivated a polished, cinematic aesthetic sought after by a number of international brands, a rare achievement for young directors. Their meticulous cinematography and high command over light and color can be seen in spots for Apple, Sony, BMW, Audi, Ikea, Universal, Vodaphone, and many more.

“It was exciting to find SÄMEN’s work and recognize the recurring themes and techniques they consistently draw upon in their films,” explained Eskimo Founder and Executive Producer Terry Rayment. “They ride a thin line by creating inspired imagery that makes you forget you’re watching a commercial while still remaining laser focused on the brand, demonstrating a directing maturity well beyond their years.”

Eskimo adds SÄMEN on the heels of significant expansion, partnering with Nikki Weiss and Co for Midwest representation, Perry Tongate for Texas and the Southeast, and Dana Dubay for the East Coast. Additionally, the team just completed a branded music and fashion-centric project for MTV.