Resegatti has won numerous awards for his commercial work 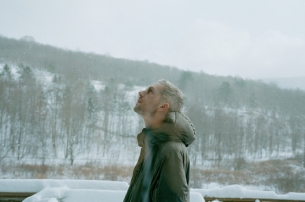 Bicoastal creative studio Eskimo is pleased to announce the addition of versatile, Swiss director Elias Ressegatti to their roster of talented filmmakers. Ressegatti, a native of Zurich, who now calls Brooklyn home, is as comfortable behind the lense as he is supervising an all CG shoot.

Resegatti’s recent work includes elegant campaigns for brands such as ESPN, Bico, and Mercedes-Benz, and he’s currently directing two short films, Bodega Cat and Hitched. With upwards of seven years of experience in the international commercial world, Ressegatti has become well-known for his cinematic storytelling ability, as he has with his seamless integration of live action with photoreal CG. He has experience directing a diverse range of projects from conception through completion via high-end European post houses, and will bring value to Eskimo as a talent who can wear multiple hats on any type of project, regardless of medium.

“When I first met Elias through a DP we were working with, I immediately thought he’d make a great addition to our team,” said Eskimo Founder and Executive Producer Terry Rayment. “His ability to work with agencies and brands in the concepting stage as well as working across most mediums and platforms, make him the perfect addition – we’re lucky to have him.”

Eskimo welcomes Ressegatti on the heels of a national campaign for PayPal, a design anthem for Turnstone, cinematic spot work for Chevrolet, and a successful PSA titled The Mindless Menace of Violence.

“Sometimes you just know,” mused Resegatti. “Upon sitting down at our initial meeting, I knew we’d be working together. It’s that thing in your gut where it just feels right. The rest are just details after that point.”