Escape the Network with 4Creative's Interactive Campaign for Utopia 2 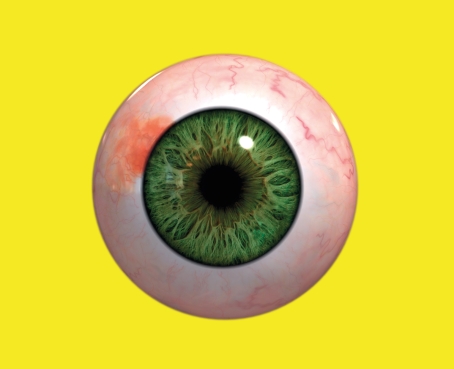 Responding to a brief from Channel 4 Marketing to create hype for the new series among Utopia fans while bringing new viewers to the show, Channel 4’s award-winning in-house creative agency conceived and produced an integrated campaign comprised of TV trailers, digital posters, an interactive web experience and online homepage takeovers across Channel4.com, Radio Times, The Telegraph, The Guardian, TV Guide and more – each reflecting the show’s distinct visual style.

Nik Windsor, Business Director, 4Creative said: “We established the Utopia brand for series one in a world of yellow, a colour that popped out of Dennis’ vision.”

“It made sense to continue growing the brand with the established yellow look and feel, but this time we focused on the unnerving presence and agenda of ‘the Network’ in our integrated campaign.

We came up with the premise of the ‘All seeing eye’. It watches you. Wherever you are. Whatever you are doing. The eye is representative of the drama’s underlying theme that ‘The Network’ knows your every move and is following you.

In Digital posters placed in major cities across the UK the eye is animated; it scours train station platforms, interrupting, glitching whilst escalator panels on London’s underground follow passengers as they travel up and down.

Online at Channel4.com, home page takeovers follow the same theme and welcome registered users back to The Network personally by name before playing Utopia’s trailer.

When users move their cursor, the eye in the online banners mimic and follow their movement around the screen.

Following last year’s This is a Warning Viral digital campaign - winner of Broadcast Digital Award for Best Social Media and Digital Marketing - series two’s interactive multi-platform web-experienceThe Network is Watching welcomes visitors with the text “Let us understand you better. Let us build a safer tomorrow.” Before a voice over says: “Hello…we’ve been waiting for you.”

The experience uses visitor’s social media information and a photo of their face to frame them by placing them into CCTV footage of people committing heinous crimes. The Network’s chilling voiceover states: “We now know everything about you. People will believe you did this. We own you. You can’t hide from us.”

In addition to 4Creative’s campaign, Utopia: The Lost Game launched on Monday. Commissioned by Channel 4 Online Producer Alexandra Wall and created by Rckt in association with Kudos, the game consists of three levels of retro, 80s Utopia inspired gameplay to be released over the run of series, and features 8-bit music by Utopia composer Cristobal Tapia de Veer. The narrative has been written by series writer Dennis Kelly and tells a spin-off story from the world of Utopia in an innovative multi-platform format, using video, games and blogging and is inspired by real events.