Vervroegen was most recently Worldwide Chief Creative Officer for Publicis 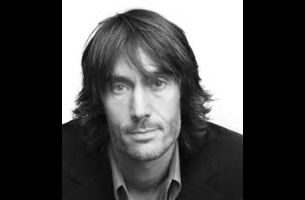 TBWA\Worldwide Global Creative President and TBWA\Chiat\Day New York Chief Creative Officer Chris Garbutt announced today that the agency has hired Erik Vervroegen as Executive Creative Director, TBWA\Chiat\Day New York and TBWA\Worldwide Global Head of Art, after several months of conversations. The move marks a return to TBWA for Vervroegen, who launched his career at TBWA\Hunt\Lascaris and later led the network’s Paris office as President and Executive Creative Director. Most recently Worldwide Chief Creative Officer for Publicis, Vervroegen joins TBWA in New York to accelerate and amplify the creative output of the office. Reporting directly to Garbutt, he will also be responsible for elevating the importance of craft across the network.

“TBWA is The Disruption Company. As we continue to build our creative leadership globally, Erik embodies this disruptive spirit of TBWA,” said Garbutt. “He is an incredibly talented, creative icon in our industry, and he has an unmatched passion for everything he sets his sights on. He’ll help make New York a creative force to be reckoned with. We’re thrilled he’s decided to return to TBWA.”

Throughout his career, the highly acclaimed Vervroegen has worked with some of the world’s most iconic brands, including PlayStation, McDonald’s, Nissan, The New York Times, BMW, Excedrin, Land Rover and Ray-Ban, and has served as a juror or featured speaker at every major international awards show.

As Chief Creative Officer for Publicis Worldwide, Vervroegen oversaw the creative within the holding company’s network of agencies throughout Europe, Asia and Latin America, including the global creative work for Ray-Ban. Prior to his post at Publicis, he was Executive Creative Director at Goodby, Silverstein & Partners in San Francisco, where he created notable work for Commonwealth Bank of Australia and some award-winning work both for Dikies and the AIDES “Protect Yourself” campaign.

Vervroegen also spent nearly seven years at TBWA\Paris, where he began as Executive Creative Director in 2002 and was promoted shortly thereafter to President and Executive Creative Director. Under his leadership, the Paris office became one of the most awarded in the world, taking home two Cannes Lions Grand Prix, winning Agency of the Year four times in a row, and racking up an unprecedented 106 Cannes Lions.

Vervroegen began his career in his native Belgium before moving on to TBWA\Hunt\Lascaris in Johannesburg, where he worked as a Creative Director alongside Garbutt and under the tutelage of TBWA Worldwide Creative Director John Hunt. Says Hunt, “It’s great to have Erik back home where he belongs!”

Vervroegen is the latest in a string of creative leaders to return to the TBWA\Worldwide network, including Garbutt, who returned to the agency from Ogilvy; Nils Andersson, who rejoined in 2015 as President and Chief Creative Officer of TBWA\China from Y&R China; Neil Dawson, who rejoined in March as Global Executive Creative Director for Nissan United; and Rui Alves, who joined TBWA\Hunt\Lascaris in January from Y&R South Africa.

Added Vervroegen, "To stay passionate and at the top of one's game, one should never lose their beginner's spirit. Creativity is about fighting for the best ideas and crafting until the last bell. There is no place that understands this more than TBWA."