Convinces his wife to move west; hopes like hell he’s not making a giant life mistake 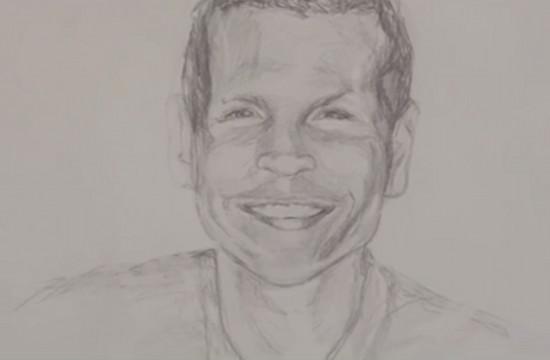 Eric Kallman is joining Goodby Silverstein & Partners in San Francisco as a creative director and associate partner. He starts March 3, 2014.

Over the past decade, Kallman has consistently been one of the most awarded advertising creatives in the business. (Seriously. See below. It’s a crazy list.) He helped create campaigns such as Old Spice’s “The Man Your Man Could Smell Like” and Ragù’s “Long Day of Childhood” as well as celebrated work for Skittles, Coca-Cola, Kayak.com, Little Caesars, Careerbuilder.com and many others.

“I think Eric will be an inspiration to our clients, to our people and, frankly, to me,” said co-chairman Jeff Goodby. “I’m looking forward to watching how he sells such challenging, distinctive work.”

“We have always believed that humor is the democratic language for the world, and nobody does it better than Eric,” said co-chairman Rich Silverstein.

Most recently, Kallman was executive creative director and partner at Barton F. Graf 9000 in New York. Prior to leaving BFG 9000 last November, he spent two and a half years leading and winning pitches for clients such as DISH, Little Caesars, Unilever, Finlandia, Disney, Muller and Supercell. He played a major role in growing the office from four to nearly fifty and helped the agency to be named as a top Agency to Watch in 2013 and a Standout Agency in 2014 by both Ad Age and Creativity.

Prior to his time at BFG 9000, Kallman was at Wieden+Kennedy, Portland, where he created, among other things, the lauded “The Man Your Man Could Smell Like” campaign for Old Spice.

“I honestly can’t wait to get started,” said Kallman. “I’m originally from the Bay Area, so it will be good to be back home. But, corny as it sounds, I’m also just really excited to start working with the team at GSP.”

Kallman will be working on the SONIC Drive-In and California Milk Processor Board (“got milk?”) accounts as well as helping to lead various new business pitches.

“The Man Your Man Could Smell Like” won the Film Grand Prix at Cannes. The following year, Old Spice’s “Response” campaign won the Cyber Grand Prix as well as the One Show Interactive Best of Show. Plus he has won 19 more Cannes Lions.

In both 2010 and 2013, Kallman was named to Creativity Online’s Creativity 50, which they describe as  “a multidisciplinary account of the biggest and best thinkers and doers from 20 years of advertising and consumer culture.”

Kallman was honored in London at D&AD’s 50th anniversary celebration as the third most awarded copywriter in D&AD history.