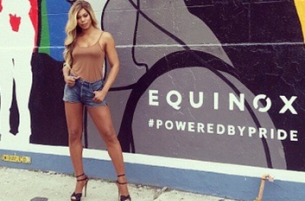 Headquartered in NYC, Equinox gym has always had a strong connection to the LGBTQA community.​ ​In fact, their large, loyal, and vocal LGBTQA membership is what makes Equinox itself the​ ​​diverse community that it is.

So to celebrate that unique relationship, Equinox and Wieden+Kennedy New York have created​ ​the #PoweredByPride campaign.​  ​

​Beginning in social media during LGBTQA Pride Month, Equinox will share photos that highlight staff and members who are #PoweredByPride, with personal quotes that give context to the hashtag by offering them a platform to explain how Pride powers their lives. 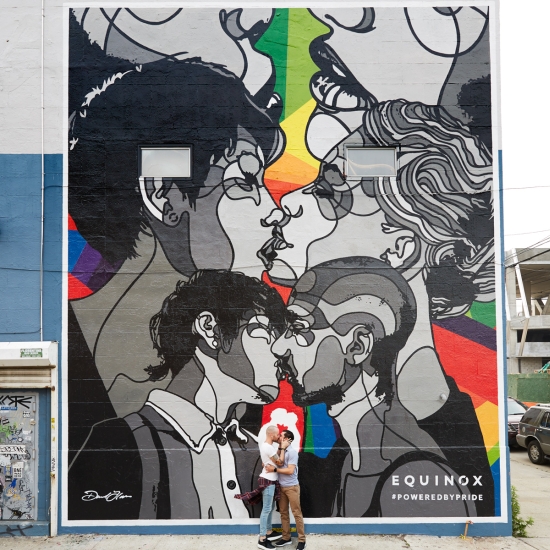 To take the message to the streets, Equinox will be installing interactive murals by Los Angeles based artist and designer David Flores. The murals will be up in three of Equinox's key markets,​ ​New York City, San Francisco and London, for the duration of Pride Month. Each is designed to​ ​be a visually striking display of the universal love that unites all people and underpins the message of Pride. They’re also designed in such a way that passersby who support the message​ ​can insert their bodies into the scene to become a part of the artwork for an interactive photo-opp.​ ​

For those not able to visit in-person, throughout the month Equinox will create original photo and video content to ​​showcase the work online, such as a :60​ and :15​ time-lapse of the creative and application process behind the Williamsburg Mural, and a :15 supercut of their favorite poses to celebrate the​ ​audience's interaction with the artwork in SF. These shareable video assets and additional content will all be hosted at Equinox.com/PoweredByPride.