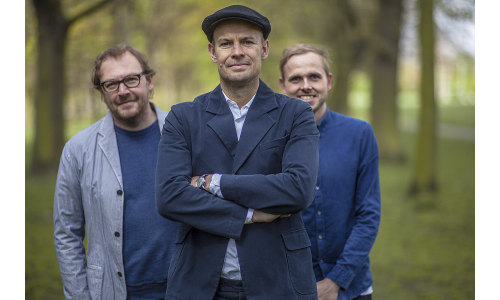 BOLD is built on the success the trio had with Epoch London, but the time came when they wanted their own voice heard. Epoch's name is synonymous with US comedy, but with the roster becoming increasingly diverse, they had to rethink on how they were positioned.

BOLD will continue to have a great relationship with Epoch and will represent their directors in Europe, along with its own individual roster, Arts & Sciences and Argentina Cine.

At heart BOLD is a production company, representing talented directors, both established and up and coming, for the best projects regardless of format or medium. Working with agencies, brands and clients BOLD will offer experienced and creative-led options in all forms of media - Commercials, Music Videos, Fashion Films.

Coinciding with the launch BOLD have also signed new talent. Award winning photographer and director Todd Cole and Sundance winning film makers Lucid Inc, who have also just completed their first BOLD production for Google stories. Plus Justin Anderson has recently completed a provocative new film for British designer Jonathan Saunders which was produced by BOLD to be released via ID later in May.