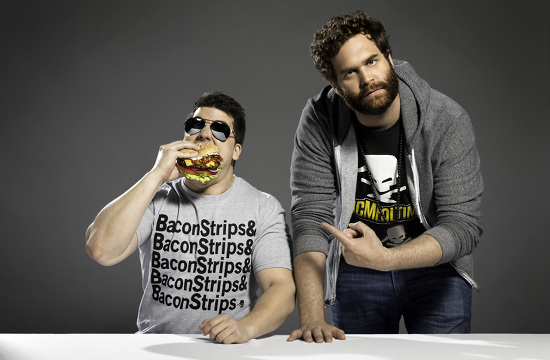 Carl’s Jr.® and Hardee’s® have released their newest commercial for the Super Bacon Cheeseburger with a campaign from 72andSunny featuring YouTube’s “Epic Meal Time” stars Harley Morenstein and his sidekick, ‘Muscle Glasses’. The spot titled “Bacon to the 6th Power”, marks the evolution of the brands’ ongoing Hunger campaign, which is centered around taking appetite appeal to the next level and celebrating the awesomeness of eating.

“Epic Meal Time” is a popular YouTube based cooking show (5 million+ subscribers; over half a billion video views) in which the hosts create “epic” takes on classic meal items – usually featuring a lot of bacon. “Bacon to the 6th Power” marks the first time the Epic Meal Time guys have crossed over from web onto TV.

The campaign includes TV (:30 and :15), radio and digital, including cross platform media placement on Epic Meal Time’s YouTube channel. The Epic Meal Time campaign is a great example of a company watching and embracing the trending behavior of their customer; young, hungry guys.

Music:
“The Bacon Song”
As performed by Harley Morenstein of Epic Meal Time
Courtesy of Next Time Productions 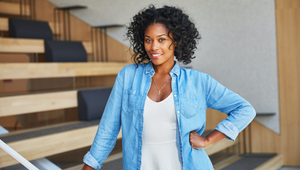