The Unreal Engine, virtual production technology, and an iconic brand come together in 'The Human Race' 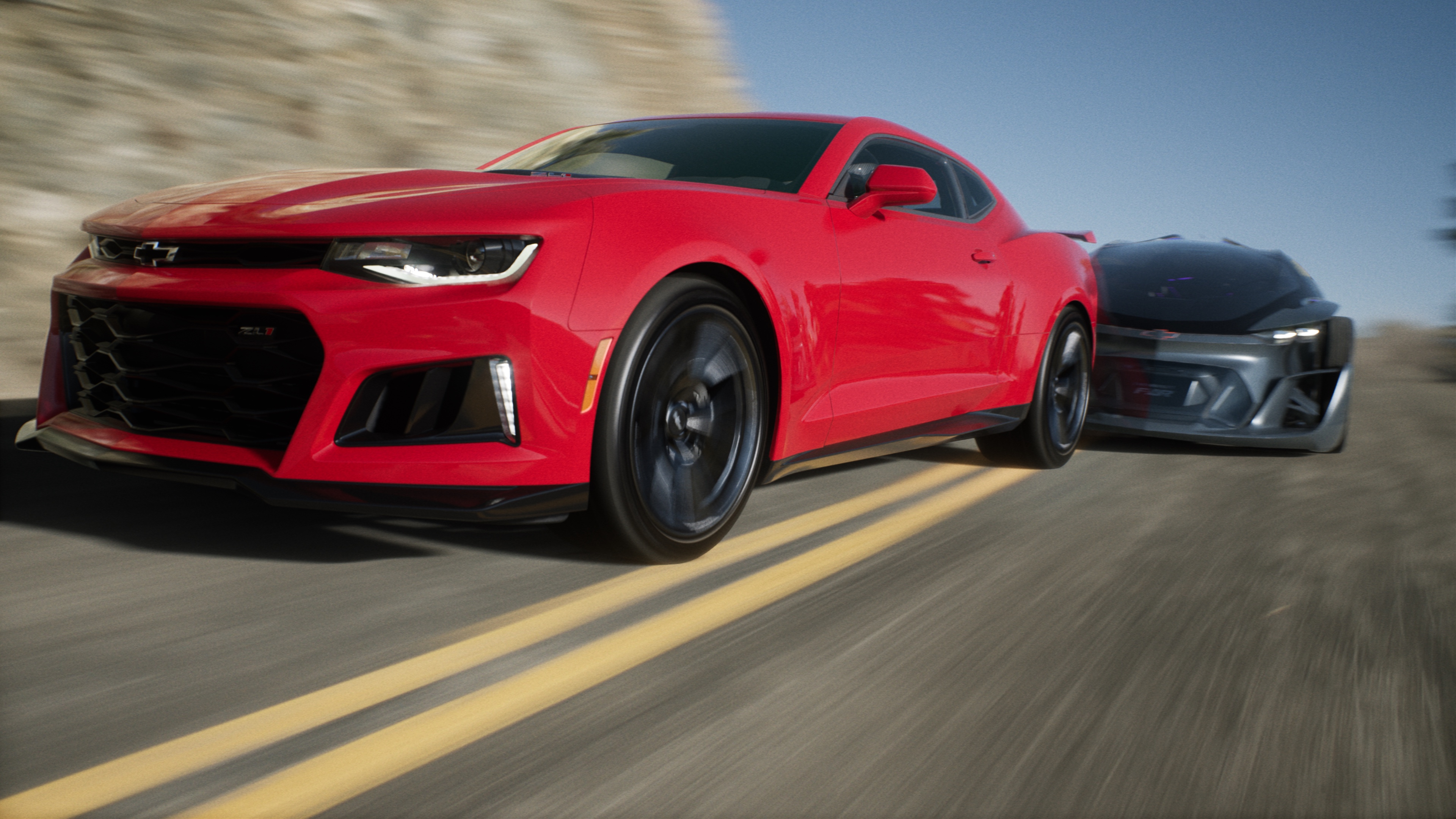 Epic Games, The Mill and Chevrolet recently joined forces to revolutionise the conventions of digital film making with “The Human Race,” a short film and augmented reality (AR) presentation which premiered at the Game Developer’s Conference (GDC) in San Francisco.

Combining an advanced implementation of Epic’s Unreal Engine with The Mill’s proprietary virtual production toolkit, Mill Cyclops, “The Human Race” merges real-time visual effects and live-action storytelling. The combined technologies were pushed beyond the limits of existing real-time rendering capabilities to produce a futuristic film that features the 2017 Chevrolet Camaro ZL1 in a heated race with the Chevrolet FNR autonomous concept car.

The only physical vehicle filmed for “The Human Race” was the Mill BLACKBIRD, a fully adjustable rig that enables filmmakers to insert almost any car model into any filmed environment. Until now, CG cars were added by visual effects artists in post-production, requiring days of rendering to produce high-quality imagery. During this shoot, however, live video feeds as well as positional data from the Arraiy tracking system were fed directly into Unreal Engine. The Camaro was then rendered and composited seamlessly into the footage in real-time AR, allowing the directors to instantly see the final look and composition of each shot.

The same real-time technology was used to create, alter and produce the short film, blurring the lines between production and post. The ability to create ‘final pixels’ in real time will ultimately change the way filmmakers create content and make critical decisions.

A live recreation of the AR visualisation was also shown during Epic’s presentation, offering an up-close view of the real-time tech used to produce the project.

‘“The Human Race’ blends cinematic storytelling and real-time visual effects to define a new era of narrative possibilities," said Angus Kneale, Chief Creative Officer at The Mill in New York. “This is a pivotal moment for film VFX and the coming era of augmented reality production. Using Unreal’s cutting-edge game engine technology, filmmakers are able to see their photoreal digital assets on location in real time. It also means the audience can effect change in films in ways previously unimagined, giving interactive control over vehicles, characters and environments within a live action cinema experience. With Mill Cyclops, The Mill’s proprietary virtual production toolkit, we are able to render and integrate digital assets into the real world to a level never seen before.”

”Find New Roads is more than just a tagline at Chevrolet. We embrace that mission in the advanced engineering of our cars, and also in the way we service and communicate with our customers,” said Sam Russell, General Director of Global Chevrolet Marketing. “’The Human Race’ brings a lot of those ideals together. The technology involved in producing this film provides a glimpse into the future of customer engagement and could play a unique role in how we showcase car model options with interactive technologies like AR and VR.”

The film was conceived by The Mill and Chevrolet to kick off a multi-platform campaign marking the 50th anniversary of the Camaro.