Envy Touches on Uncomfortable Truths for The Times' Unquiet Films 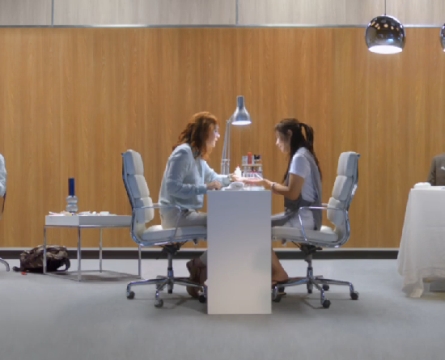 For the first time in their existence The Times and The Sunday Times have combined to create, The Unquiet Film Series, a series of short films that explore the extraordinary real-life stories behind their news-stories. Creative Agency Grey London, Production Company Betsy Works and Director Phil Lind have worked in collaboration to create the films which celebrate the newspapers’ historical impact.

ENVY, who worked on the post-production, also contributed to the project.

The Unquiet Film Series is a showcase of what being a journalist entails, exploring the reality of their livelihoods and their jobs. Whilst the newspapers will publish real news stories, the aim of the series is to explore the stories behind them which often involve tense legal battles, publication pressures and death threats.

The films, which have been released in instalments since the summer, bring into focus the back story of a host of world-changing exclusives, including The Times’ campaigns to make cities safe for cycling and to change the laws of adoption. With archives that span 229 years of news, the cultural impact that the two news-titles have had is immense and the series explores a host of defining topics in ENVY worked on a number of the films within the campaign. Offline Editor Alex Lea says “I’ve been fortunate enough to have worked on three of the films and they’ve all been really interesting projects. From Christina Lamb’s insight into the life of a war correspondent, to the daily routine of a much loved political cartoonist in Peter Brookes and the on-going Cities Fit for Cycling campaign, each film had its own personality and challenge. Collectively they reveal a diverse range of characters whose drive and passion for what they do help make The Times and The Sunday Times what they are today.”

The eighth film in the series, ‘Uncomfortable Truths’, explores how George Arbuthnott reported on modern slavery. Director Phil Lind says “When it came to making a film based around George Arbuthnott's reporting on modern slavery I wanted to try a fresh approach to the subject matter, one which we could all engage with by conceptualising the script to an extent. A counter to the tried and tested technique of talking silhouettes with actors voices. It was my intention to intrigue viewers at the start, make it relevant to them and hopefully keep them watching for the very serious message it delivers at the end.

He added “The game show, question-and-answer style theme provides an unexpected framework that I hope helps reach and engage with a broader audience, by teasing them into an incredibly uncomfortable subject matter that can be off putting to many people who normally come to it cold. The theme's aesthetic was very much informed by the design and cover work for George Arbuthnott's actual articles on which this film is based.”

ENVY’s Nick Armstrong, editor of ‘Uncomfortable Truths’, comments, “I worked closely with Phil Lind to harness a style that worked as a format the could be easily read on a level by the viewer so that, when the focus subverts and the message becomes clearer, it shocks them, making them feel uncomfortable at both the content and the style of delivery.”

CG designer, Matt Lawrence, adds, “Working closely with Phil, we developed a strong brand identity for ‘Uncomfortable Truths’ featuring logos, background textures, framing devices and maps that were all designed, built and animated in ENVY’s VFX Studio. We wanted to create the feeling of a big corporation information film with a cold, almost sterile, identity”.