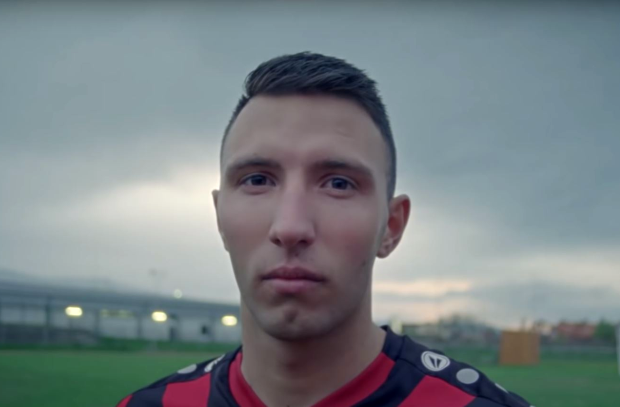 In the days leading up to the competition, Sportsbet.io told the incredible stories behind the players, coaches, fans and officials who have defied the odds to take to the world stage at the tournament, organised by the Confederation of Independent Football Associations (CONIFA).
Directed by Thomas Ralph, the two-minute film focuses on the captivating story of Szilárd Magyari, a player for Székely Land, one of the tournament’s participating teams. Through heartfelt footage set to a rousing track, Szilárd explains why the inclusive tournament is so important and empowering for outsiders, ghost nations, and otherwise invisible teams such as his own.
ENVY Advertising was tasked with crafting immersive sound design, in addition to completing grade and vfx work to complement the footage.
Colourist Vicki Matich comments: “The brief was to keep the film shots looking as authentically filmic as possible. In that respect, it wasn’t so much a matter of matching up the shots for a consistent look but rather making each individual shot as impactful as possible whilst maintaining a sense of realism. The digital footage was graded black and white and given some grain to keep that cinematic feel throughout. This was a really lovely piece to work on.”
Working off reference films from the director, sound designer Marcin Pawlik put together a pallet of sounds to reflect and enhance the mood of the film. “The key was to make sure that the sound design was stylistically coherent with the visuals,” comments Marcin. “We spent a lot of time making sure the whole soundscape was working in harmony with the narrative, playing with the overall dynamics and being selective about the choice of sounds and how much intensity they required. Thomas [the director] was very involved in the sound design process and in shaping the overall mood, so I worked closely with him to actualise his vision. Some shots in the film required visceral sound design and had space for abstract sounds to thrive; these moments needed extra time for experimentation and presented more of a challenge.”
Speaking on elevating the music track to intensify its emotional power, Marcin says: “Early on in the process, I was asked to examine the music track to see if it could be escalated to be more evolving and interesting dynamically throughout the duration of the film. We had music stems at our disposal so had plenty of flexibility. We had access to production recordings and found a wide selection of chants, fans cheering and other football crowd noises which not only sounded authentic but also very unique. They have been used throughout the film in different ways, sometimes very realistically and very upfront, other times very subtly being processed with effects to the point where they were barely recognisable.”
view more - Creative