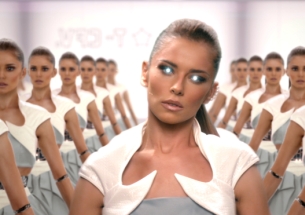 ENVY Advertising and ITV Creative have teamed up to create the star-studded new promo for The X Factor 2015.

Encouraging viewers to expect the unexpected, the spot takes us inside the Secret X-Factor Underground Base and gives us a first glimpse of this year’s new hosts and judges.

Audio, Grade and VFX work for the spot, which premiered before Monday night’s Coronation Street, was completed by ENVY Advertising.

Vicki Matich, Head of Grading at ENVY Advertising, comments: “As far as grades go it was quite technically challenging as there were many layers to consider both before and after the VFX pass.”

She adds: “The look we went for was quite warm as we tried to avoid making it cool to get the best out of the skin tones. Getting rid of the green spill from the green screen also threw up its own challenges in terms of consistency with skin tones and wardrobe!”

Directed by Stephen Pipe, the spot delves into a world of white lab coats as presenting duo Olly Murs and Caroline Flack discover the secret formula of the new show.

The new judges – Nick Grimshaw and Rita Ora – are put through their judging paces at the secret headquarters.

Grimshaw is fitted with a dated micro-chip in the Judge Upgrade Room, only to discover that he’s been set up with the voice of last year’s judge, Louis Walsh, whilst the modest Ora cannot help but compliment herself as she goes through Contestant Feedback Training.

Familiar faces also return in the Chez-bot Holding Bay, where Cheryl Fernandez-Versini has been turned onto an army of emotionally programmed robots, and the Superstar Scanner, in which Simon Cowell announces he’s already discovered this year’s winning group; his pet dogs Squiddly and Diddly.

Even Louis Walsh, draped in a brown overcoat as he sweeps the floor, makes a cameo appearance, suggesting he’ll be making a return to the show despite rumours that he’s been axed. 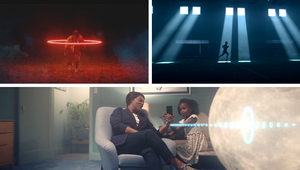 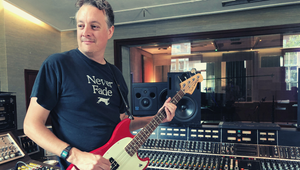