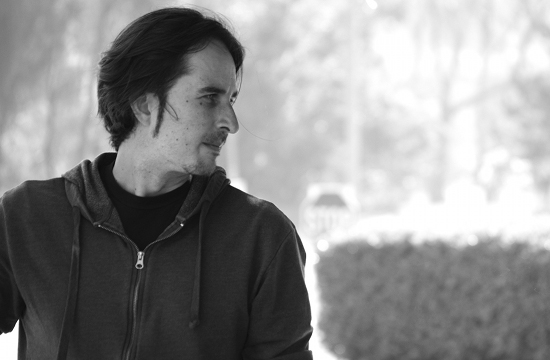 Director Jason House has a growing reputation for using his uniquely sensitive eye to shoot real people and actors for a variety of advertisers in New York and Los Angeles. His roots are equally deep in photography, filmmaking and editorial, as he has been editing national commercials for over a decade. In recent years, he began to direct; and is now gaining national notice for his award-winning work. Jason is a graduate of USC’s Film School. His fine art photographs have been shown in galleries on the West Coast, and Jason’s latest film “The Gaskettes” is currently winning awards on the festival circuit. House brings with him to EMA his long-time producer Cesar Vega. The duo has worked together for more than a decade; and has already completed nine new commercial spots via EMA, including spots for Honda and Ford with Dailey; and an extensive, long-format campaign via Grey/New York For Eli Lilly.

“We are very excited to be joining Andrew Halpern at EMA,” says House. “Cesar and I have worked with him for years. He was one of the earliest advocates of my editing work and was the first to both encourage and help me transition into directing commercials. Now with EMA, I have the awesome support of both Andrew on the advertising side and Lee Nelson, a prolific and successful producer of feature films, as well as commercials. As a filmmaker already straddling broadcast, web, documentary and feature worlds, I’m excited to grow and expand my creative goals with EMA.”

EMA’s EP & CEO Lee Nelson says, “I am deeply impressed by Jason’s unassuming, yet incisive ability to get to the truth of his subject. He has a very gentle and empathic process of extracting from either ‘real-person” or seasoned actor, which consistently yields a meaningful, memorable and truthful response. He is exactly the type of filmmaker we are looking to attract to our company.”

Agrees Andrew Halpern, EMA’s EP/President of Commercial Production: “I know Jason is deeply passionate and forceful with his vision for how to tell a story. He offers a collaborative process with creatives, but his ability to earn and keep trust is why he has very loyal agency creatives who support him with continued repeat business and allow him to flourish.”

Dailey’s Cliff Einstein, a long-time defining creative force behind the agency, has collaborated with Director Jason House for over five years on a series of Ford campaigns. “We chose Jason for his documentary skills, and got a great bonus in the bargain,” says Einstein. “Jason provides such rich material that we end up cutting two, three, or more commercials out of a single shoot. His skill as both Director and Editor always seems to bring out additional stories to tell, and our commercials feel real in a way that is kind of rare these days.”