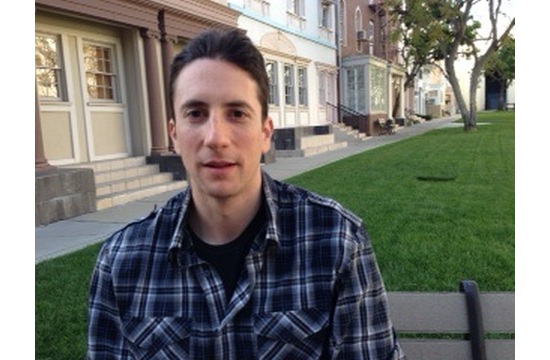 Envision Media Arts (EMA) has promoted their Development Executive, David Tish, to the position of Vice President of Development.

According to EMA President & CEO, Lee Nelson: "David Tish is a vibrant, dedicated member of the EMA team, with a strong sales ability, and keen eye for detail and story. We're thrilled that Tish is continuing to grow here at EMA, particularly now in his new role as VP of Development, comments Nelson. Tish has a knack for finding a diverse range of quality scripts and treatments. We look forward to using this skill as we develop more movies and shows at the company. I can't wait to see what he finds next!"

A film, TV and commercial production company, EMA is currently in postproduction on their new film FREEZER, directed by Mikael Salomon; and in pre-production on their upcoming film COOK, directed by David Anspaugh. David Tish has been instrumental in bringing projects forward to EMA, and building the necessary relationships with Directors and Writers to make them happen. In his new role as Vice President, Tish will continue to spearhead the development department, with exciting new ventures in bigger budgeted films, and TV miniseries on the horizon.

David Tish grew up in Denver, Colorado. Having obtained his BFA in Film Production from the University of Colorado, he moved to Los Angeles in 2000. Tish brought his passion for filmmaking to The Firm, Dreamworks, and Starz; and was involved in the SHREK and MADAGASCAR franchises. In TV, he was involved in SPARTACUS, and PARTY DOWN. In his role as Development Executive at EMA, Tish helped coordinate the development and production of CHAINED, with Vincent DOnofrio and Julia Ormond; and the critically acclaimed CELESTE AND JESSE FOREVER with Rashida Jones and Will McCormack.

Since starting with EMA three years ago, I've watched us grow into a destination for high-quality film and TV projects, says David Tish, EMAs new VP of Development. In my new position, I will continue to help shape our Film and TV slate, and expand our business.