Circus Maximus Founder and ECD on how the agency got its awesome name, what it takes for a campaign to be memorable and more 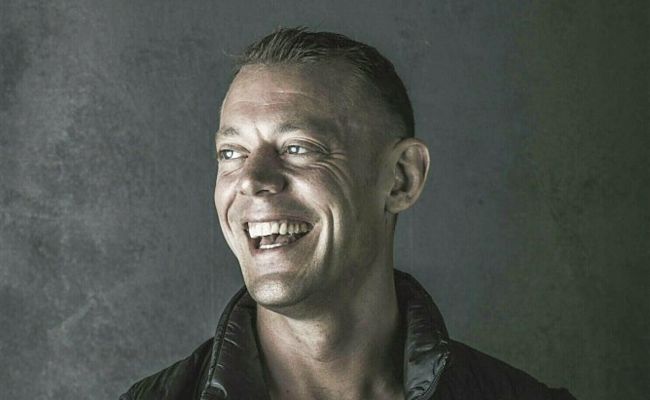 Circus Maximus is a New York-based creative agency founded by ECD Ryan Kutscher. Here, Kutscher opens up about what makes a memorable ad campaign, how the agency got its pretty damn cool name and the challenges and distinctions between working with startups and legacy brands.

Q> What are the origins of Circus Maximus? How did the agency get its name?

Ryan Kutscher> It became apparent a major shift had taken place in the industry from talent standpoint, a technological standpoint, and in the broader economy. Circus Maximus was the idea that we'd build a marketing company like a hybrid of production, creative, analytics, and media, working together, employing the startup model. And we'd explore new revenue models. That's what Circus Maximus is.

We named it after the arena in Rome for a few reasons: first, this was a venue that catered to audiences for thousands of years by constantly adapting around a theme, but delivering what people wanted to see and experience. Second, and perhaps more importantly, it sounds cool.

Q> Coming from impressive stints at big agency mainstays doing memorable work for true marketing innovators such as Burger King, what does the move to founding a small agency represent?

RK> Risk. Adventure. Having nowhere to hide, and putting our money where our mouth is to some extent. Working on projects like Subservient Chicken, Whopper Freakout, and Domino's Pizza Tracker, we did a lot of stuff that lived outside the norm of advertising. Mutant social/digital/innovation/PR/Advertising hybrid stuff, but ideas that always moved business forward. That's what we're good at, that's what we want clients to expect from us. We're four years old, we're perceived as a little agency, and maybe we are, but we like to think we carry exactly the kind of big stick clients need these days.

Q> What does it take for an ad campaign to be memorable and stick in people's imaginations?

Q> Circus Maximus seems more willing than many agencies to be openly playful and take creative risks that others may be fearful of. Is this true, and how does this speak to your agency's philosophy? What reactions are you aiming to inspire in your work?

RK> We don't see it as creative risk. It's creative responsibility. The idea is that creativity is a business multiplier. A way to look at it is that we're experiencing this analytics revolution. Algorithms and formulas can predict a baseline of many impressions, engagements, etc. so that you can achieve at a certain spend. These things for the first time can help quantify creative. Because anything you achieve beyond the baseline must be interpreted as the creative at work. So we're always in that space experimenting and trying to push it, otherwise advertising is nothing more than filling out spreadsheets, and that's not our thing.

Q> Many in the industry are bemoaning a perceived dwindling of true and effective creativity; they claim marketers are instead unduly motivated by the latest tech, analytics, award shows, or simply playing it safe. Do these claims ring true for you, and what would you recommend to agencies and brands at large?

RK> On the contrary. For a few reasons. First, "creative" and "advertising" aren't the same thing. But the advertising industry has conflated them to its own detriment. The industry has narrowed the definition of creativity to mean advertising, and that's why the industry is fucked. Every client hates their agency because their agency is trying to sell them advertising when they need creativity. That's why every brand is building an in-house agency, their own production studios, and why media companies are providing creative. Agencies dropped the ball.

With regards to technology, media tools that every human on Facebook and Instagram has at their disposal show you exactly what results you can expect at a certain media buy. But that's where really great creative starts. Because ideas that really capture people's imaginations go well beyond that. That's where we want to be. Outperforming the media formulas.

Q> As the rise of digital, social, and mobile continue to shape consumer behaviour and brand marketers' expectations, what challenges does this "age of content creation" present to your agency and how do you confront them?

RK> Content is a synonym for "stuff." There's no value judgement on it. I don't think the world needs more stuff for stuff's sake. What it suggests is that no one media avenue will be dominant. You'll have to create a plan that uses the right mix, and that's a lot of fun. But it's more work, too.

Q> What are the challenges and distinctions working with startups vs. legacy brands?

RK> Most startups have the digital and social roadmap pretty well understood. Their acquisition strategies are on point, their UX is clean, smart, effective. But often they lack soul. Even as a revolutionary idea, your headstart is very short these days. Look at Casper. They were first out of the gate, now you've got Leesa, Tuft & Needle, Loom & Leaf, Helix sleep, yogabed, Hyphen, purple. The list goes on. If your brand is nothing more than a digital marketing strategy, you're an also-ran. Your brand is the key point of differentiation, your personality, who you are.

Q> More than ever, branding has become ubiquitous, from the personas of athletes and actors, to movements and political parties, even to the snarky social media accounts of fast food brands. What does branding mean to you nowadays and what does it make you consider that you might not have otherwise?

Q> We hear you are a cross-fit enthusiast - how do your extracurriculars such as this inspire you from business and creative standpoints?

RK> Ha, yeah. That's one of our "benefits," you get to participate in the Circus Maximus Commitness to Fitness. When you have to do squats every morning until you puke it certainly makes conference calls look like a breeze.

Q> What would you be doing if you were not in advertising?

RK> I feel like we're trying really hard to not be in advertising right now? Was this too serious of an answer? Did I blow it? I feel like I blew it.

Ryan Kutscher is Founder and ECD of Circus Maximus