Campaign 'Cure the Care System' from Academy director Novemba calls on the government to support the 850,000 people living with dementia and their families in the UK 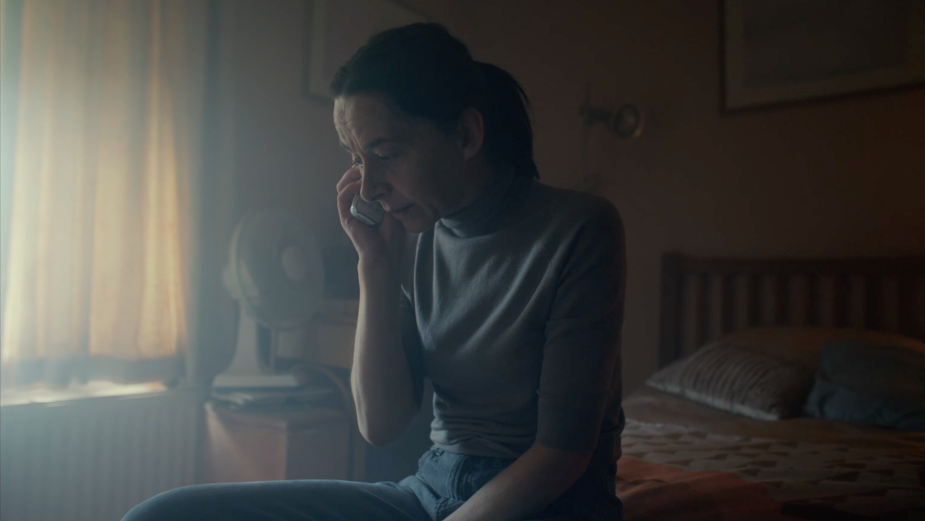 An intimate and emotionally charged depiction of a woman’s daily struggles caring for her husband with dementia, sits at the heart of a powerful new campaign supporting Alzheimer’s Society’s Dementia Action Week this May, created by ENGINE Creative. This year, the campaign calls on the Government to ‘Cure The Care System’ for the 850,000 people living with dementia and their families in the UK and for generations to come. Dementia isn’t curable yet, but the social care system is.

ENGINE Creative came up with the idea to draw attention to the plight of carers whose lives are so often derailed by their role in looking after loved ones with dementia. The 90-second film, 'Cure the Care System', directed by Novemba through Academy Films, depicts the frustration and loneliness caused by inadequate social care support, showing the reality of the many different ways in which family carers also have their lives claimed by a dementia diagnosis.

The message is driven home further in accompanying print ads running OOH, online and on social.

The campaign – created for the charity to coincide with Dementia Action Week (May 17th-23rd) – runs for six weeks on TV, in cinema and online, and also comprises OOH, press and social work.

ENGINE’s campaign conveys a powerful message about the impact of dementia on the immediate families of those who live with the disease, demonstrating that “Without support, dementia claims more than one life.”

The provocative print work uses black and white photography laid over a strong blue background. Messages include ‘My wife has Alzheimer’s, I’m forgetting who I am.’.

The TV and social elements of the campaign play out distressing phone calls in which the wife expresses her everyday frustrations at having to repeatedly explain themselves to anonymous people on the end of the phone, showing the despair and loneliness they feel without support in place. All the ads drive the audience to sign a petition to help “Cure the Care System.”

In his first speech as Prime Minister, Boris Johnson said: “we will fix the crisis in social care once and for all.” Alzheimer’s Society’s aim is to raise awareness and encourage people to sign its ‘Cure the Care System’ petition – part of the UK’s leading dementia charity’s efforts to ensure the UK government honours its commitment to overhaul the broken social care system now, providing quality social care, that’s free and easy to access, no matter where you live – like the NHS.

A rebuilt social care system would allow families who currently get little to no support, to regain a semblance of normality. It would allow them to get back to the most important role of being husband, wife, son or daughter - a role that is so often squashed by the impossible all-consuming role of 'carer'.

Alzheimer’s Society is calling on the governments of England, Wales and Northern Ireland to commit to publication of a clear, budgeted, plan with milestones and social care reform underway this year; and to ensure reforms consider more than just funding, by putting the needs of people with dementia front and centre and improving the quality of care that people receive.   Within that, the charity wants to see parity for the social care workforce with the healthcare workforce - including pay, training and working conditions and terms.

Chris Gottlieb, director of marketing and communications at Alzheimer’s Society, says: “Cure the Care System” is such a strong call to action. It's extremely important not just to those affected by dementia, but to all of us, that the government reform the broken social care system, to make it one that we’re proud of and want to grow old in. Only then will people with dementia get the support and care they so desperately need, and families be able to spend time in their most important roles: that of husbands, wives, sons and daughters.”

Jo Moore, creative partner at ENGINE Creative, says: “We're really excited and proud to see ‘Cure the Care System’ go live. The last year has been especially tough for those struggling within the social care system, and we hope that this campaign can shed light on the hardships, and enact real change for all those affected by dementia.”