Awards and Events 548 Add to collection 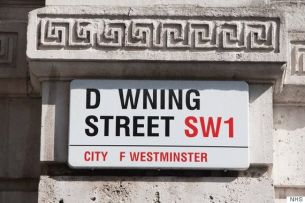 Engine’s Missing Type campaign for NHS Blood and Transplant has been awarded a Health & Wellness Gold Lion at the Cannes Lions International Festival of Creativity.

The Missing Type campaign was launched last June to coincide with National Blood Week and aimed to recruit new blood donors, particularly from the 17-24-year-old age group, after the latest statistics revealed the number of new donors coming forward had plummeted 40% in the past decade.

Based on the simple insight of ‘Imagine a world without As, Os and Bs’, Engine companies WCRS and MHP launched an integrated campaign illustrating the need for each of the blood groups. The campaign saw the letters O, A and B go ‘missing’ for a week from Downing Street, The Daily Mirror’s masthead, and the social media profiles of the likes of Google, Coca-Cola, Microsoft and McDonald’s.

Over the course of the week, 30,000 new blood donors registered with NHS Blood and Transplant – equivalent to over 100,000 lives saved or improved.

Debbie Klein, Chief Executive, Engine Europe and Asia, said: “This campaign proved that great creative work can do more than just change lives. It can save lives.

“We are so proud of the part we played in putting blood donations back on the public agenda. NHS Blood and Transplant needed a transformative idea after registrations had plummeted a staggering 40%. Our response was #MissingType.

“The simple creative idea of removing As, Os and Bs captured the public’s imagination and became a catalyst for tens of thousands of people registering to donate blood. Over 30,000 donor registrations in the first 10 days, resulting in over 100,000 lives being saved or improved.”

The Missing Type campaign has been the most awarded campaign in the UK of 2016 so far, including the prestigious Paul Arden Award for Innovation at Campaign Big Awards as well as being recognised at the One Show, Creative Circle and D&AD.