Co-founders of Madrid-based production company Espadaysantacruz explain to LBB’s Alex Reeves how they combine physical and digital, science and art 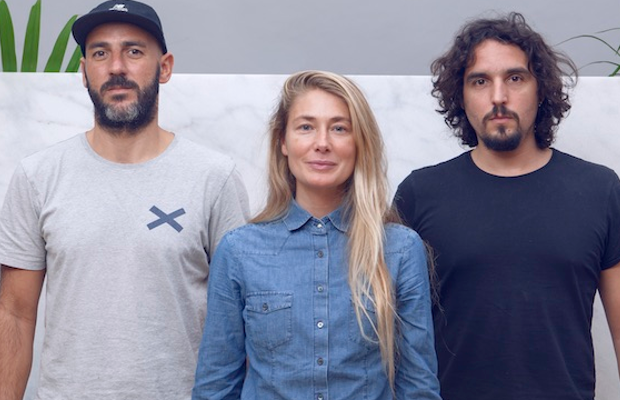 Espadaysantacruz might look like an intimidating string of letters to those who don’t speak Spanish, but their name is actually both straightforward and rather poetic (it has nothing to do with spa days). If you return the removed spaces, the name is Espada y Santa-Cruz, the first names of the Madrid-based production studio’s original founders Miguel Espada and Juan Santa-Cruz, who met at university and began to work on art projects together. “Together in Spanish it sounds nice, like ancient names,” says Miguel. Translating as Sword and Holy Cross, it’s an ironically historical name for an outfit that faced the future from its stat. “It’s a perfect name for a digital studio,” jokes Miguel.
Originally the pair, whose expertise encompassed philosophy, computer science, logic and mathematics, worked on performance and digital art. And before long their style began to focus on the digital aspects.
Eventually the pair decided their could be some commercial value to their creations. That’s when they brought in third co-founder, Nerea Goikoetxea in 2011. Her background was in photography and events. “I used to work as a cultural manager,” she says. “I thought it was a good moment because I wanted to start something of my own. I was always working with other companies. And had my little projects at venues and things. I really wanted to have something. I proposed to the others to start this.”
The first commission the trio got we had was to make a website for the beer brand Corona and JWT Spain. The studio was tasked with creating fascinating, beautiful digital images mapping the trajectories of every ball in a tennis match.
It was shortlisted and celebrated widely - Cannes Lions, El Sol and the FWA all gave it a nod of acceptance. “We realised we knew how to make it work then,” says Miguel. “They started calling us back all the time to do mixed media projects.”
But fittingly for a studio with such a historic name, Espadaysantacruz gravitated towards projects involving tech you could touch and feel. Whether capturing the beauty of nature through timelapses, robotic arms and flower arranging for their piece ‘WASO’ for Shiseido, developing a cap to aid blind swimmers for Samsung or inventing a child’s cradle capable of mimicking with light, movement and sound the movements of a car on different routes for Ford, their projects are often built from real-life materials, not just pixels and code.
“We make unconventional advertising to communicate brand values using innovation, technology and storytelling,” says Miguel. “We always think about technology as a way of communicating our final goal. We work with high-end technologies but always in a craft manner. Technologies are like another material. You have to know how to make it human, accessible and manageable. We don’t play with futuristic advertising.”
Nerea echoes this sentiment: “Design, technology and visual arts are what we do. We cook with those ingredients. We have the spirit, the craft.”
With these goals in mind it makes sense that the founders’ backgrounds encompass philosophy, mathematics, computer science and photography and digital art. They are proud not to be too specialised. “We have developers who have good art knowledge,” says Nerea, providing an example. “We don’t really work with people who have just one background or area of ability. We like people to be comfortable to jump from one thing to another.”
“We like people who want to work with their hands,” adds Juan. “You can have a very good designer but because of the timing of projects we work on you need to be able to do it in prototype to show the client.”
An Espadaysantacruz project is always a true collective effort. “We do everything in house,” says Miguel, “from the design of the product or the programming to the slogan. Everyone is involved on the project.”
Agencies often feel uncomfortable trusting so much of a project to the studio like this. Nerea says they often ask to split the work: “When a production company makes the movie and someone else does the coding, that work is difficult because when the energy of everyone is spread, it doesn’t work. That’s what they say. So they come to us to make it together.”
Client and agency expectations are a preoccupation of the studio. Juan loves the innovative ideas that they trust Espadaysantacruz to make into realities, but they often have to bring creatives crashing back to the real world. “There are things that are wonderful but not possible,” says Juan. “This is difficult, when the brief is good but it’s something you could never do. Sometimes it seems like they don’t care. They just want something close so they can say they achieved it. We’re caught between what is physical and truthful and what is not.”
And sometimes it’s impossible to know what is achievable. “When you start an innovation project you don’t know what is going to come out of it right from the beginning. Sometimes [clients and agencies] need you to show the result to sell the project to the client, but you don’t know what the result will be,” says Juan.
Nerea knows the solution, but it’s something that needs building over time: “The key is confidence. If brands and agencies give us their confidence then we can give them the best of ourselves.”
view more - Trends and Insight 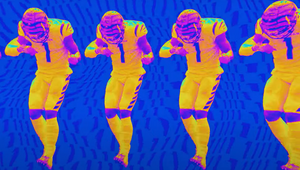 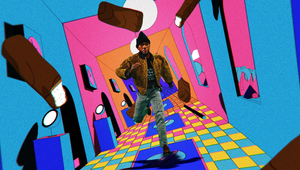 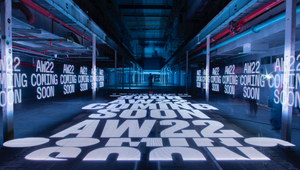 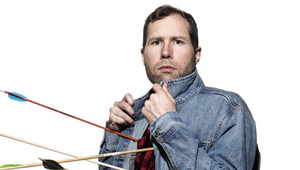 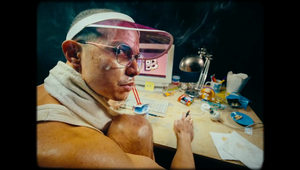 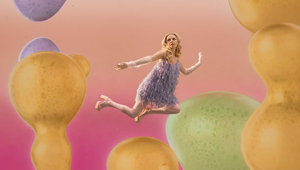