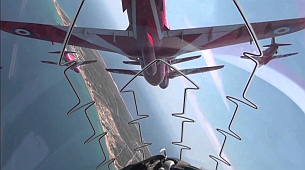 Engine, the global marketing services network, has been appointed to develop and deliver an integrated marketing and communications campaign for the RAF Museum following a competitive pitch process.

The campaign is designed to increase visitor numbers to the Museum’s sites in London and the West Midlands by introducing them to new audiences and changing how they are viewed.  Engine has also been tasked with developing the RAF Museum brand to coincide with the RAF’s 100th anniversary.

The RAF Museum will be relaunching its iconic London venue in June, following significant capital investment to coincide with the RAF’s Centenary celebrations, whilst the West Midlands site at Cosford boasts new aircraft and first 100 of the RAF years display.

The integrated Engine team, drawn from WCRS, Engine Media and MHP, is responsible for creating and delivering all creative, media planning and buying, and PR around the launches.

The agencies will create a through-the-line campaign focusing on 100 reasons to visit the RAF Museum sites this summer, spanning video, social, paid search, outdoor and PR.

Barry Smith, Director of Visitor and Commercial Development “We were very impressed by Engine’s integrated approach to attracting a new generation of visitors to the RAF Museum.  We needed a campaign underpinned by insights into how to attract visitors, a holistic approach to our brand challenges, and creative thinking powered by data and technology, and that’s what Engine has delivered.  We’re looking forward to working together to make this campaign a success.

Will Lever, Engine Client Managing Director said: “We’re delighted to be working with the RAF Museum on the re-launch of this fantastic, must visit attraction.

He continued: “This is exactly the kind of campaign Engine exists for – challenging and changing perceptions with an integrated blend of creative, media and PR expertise and delivering real impact for our clients. “And we’re all the prouder to be involved with this in the RAF’s Centenary year, alongside our integrated work on the RAF100 campaign”