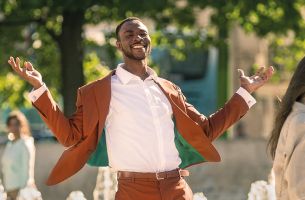 Bacs, the not-for-profit organisation behind Direct Debit and the Current Account Switch Service in the UK, is promoting the current account switch guarantee through a new integrated campaign created by Engine.

The campaign is fronted by the Switch Guarantee Guy, an ultra-smooth character who’s spreading the word that it’s never been easier for UK customers to switch current accounts.

The work incorporates TV, cinema, radio, social media and press activity. A new website has also been launched to provide customers with help and support on how to switch, as well as listing the participating banks and building societies.

In the TV spot, the Switch Guy brings to life the benefits of the Current Account Switch Service through an adaptation of Isaac Hayes’ classic ‘Shaft’ theme tune. The new arrangement was conducted by iconic composer John Altman and performed specially by a 25-piece orchestra at Angel Studios.

Peter Cattaneo, director of The Full Monty, The Rocker and Lucky Break, directed the ad. It will run in 40-second and 20-second versions across all major commercial TV channels throughout September.

More than 40 banks and building society brands are now part of the service and over 99% of UK current accounts are covered.

Steve Aldridge, Executive Creative Director of Engine, says: “This campaign marks a real step-change for Bacs, moving from awareness-driven advertising to a marketing campaign that builds confidence and trust in the service. We think it’s a really interesting and powerful way of bringing the service to life.”

Anne Pieckielon, Director of Product and Strategy at Bacs, says: “Over 3 million people have already taken advantage of the current account switch service, and we believe that our new Switch Guy will help even more understand the great benefits of simple and stress-free switching.