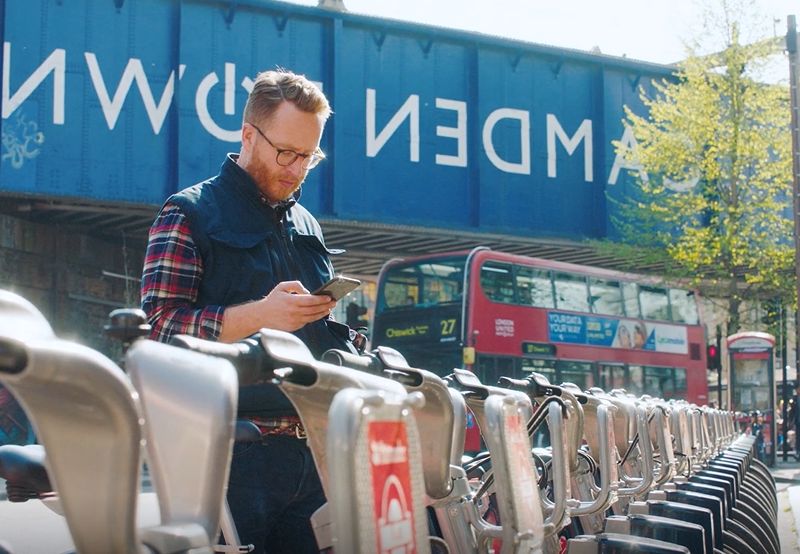 Santander has continued their sponsorship of Santander Cycles with a new integrated campaign that encourages people to hire a bike and “Unlock your London”. The campaign was led by WCRS as part of an Engine team including support from Deep Focus, Slice, and Partners Andrews Aldridge.

The 'Unlock your London' campaign launches on 26th June with DOOH, VOD and Social, showing the best that our capital has to offer on two wheels this summer – whether you’re into food, fitness or fashion.

The film features online influencers AJ Odudu (@ajodudu), Ellie Adams (@ellenextdoor), and John Quilter (@foodbusker), as well as surprise cameos from longstanding brand ambassadors Jessica Ennis-Hill and Jenson Button. Each influencer has curated their own bespoke route for riders to follow, showing the best spots across the city for everything from a workout to a bite to eat. A bespoke landing page underpins the campaign with details about the routes, as well as even more inspirational content about the best sights to see around the city.

In addition to this inspirational content, the campaign also features prominent ease of use messaging, telling potential cyclists that they can hire for just £2 through the easy to use Santander Cycles app.

With a record breaking 10.3 million hires in 2016, and following a record breaking January, February, March and April in 2017, the “Unlock your London” campaign aims to inspire even more people to get on a bike and experience their city.

The campaign – created using Santander’s agile marketing approach – will use “sprints” to constantly evaluate its performance, allowing creative and media value to be deployed as efficiently as possible from now until September.

The campaign will run until September across social media, VOD, DOOH, digital display, and the TfL ad network.

Billy Faithfull, Executive Creative Director at Engine, said: "This campaign is bright, lively, and perfectly encapsulates what summer in London is all about. Santander Cycles are an iconic part of London life, and we think this campaign will help even more people experience the best of the city on two wheels."

Keith Moor, Chief Marketing Officer of Santander, said, "This agile and flexible way of working will allow us to deliver relevant and timely activity, adding extra value for current and new Santander Cycles' users, and further fulfilling our commitment to help people and communities prosper.”