Designer water vessels to raise money for One Drop 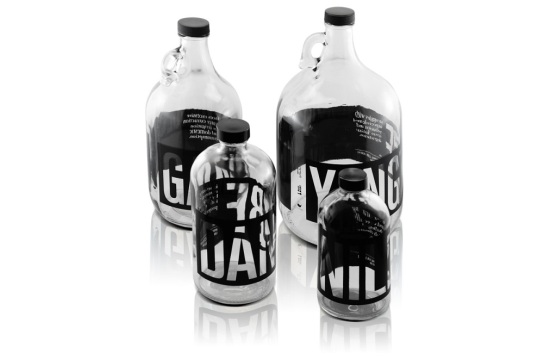 In collaboration with Sid Lee Collective, AQUAOVO, a Montreal-based company that specializes in designing drinking water filtration and revitalization systems, launched a new collection of vintage water vessels yesterday. A Sid Lee employee designed the bottles in honour of some of the most majestic, but sadly, endangered rivers in the world, such as the Yangtze and the Ganges. The new line is launched under AQUAOVO’s Alter Ego water accessibility project and $1 per bottle sold will be donated to ONE DROP, an initiative of Cirque du Soleil founder Guy Laliberté, to advance universal access to safe water.

Sid Lee Collective was initiated by commercial creativity agency Sid Lee to undertake cultural and commercial projects created by its employees within the fields of visual art, industrial design, and technology. Catherine Forand, the Sid Lee employee behind the design of the water vessels, explains her vision: “I wanted to find an engaging idea andcreate interesting objects both individually and in series.” She elaborates: “I was looking for an issue to tackle through a strong message in four iterations. Endangered rivers seemed to me a natural response.”

The charity vessels come in four different sizes ranging from 500 milliliters to 4 liters and they each carry the name of one of the following rivers: the Nile, the Danube, the Ganges, and the Yangtze. The vessels will be sold in AQUAOVO’s online store and throughout its retailer network. A flash sale on Fab.com is also planned to happen soon after the launch.

Due to the collaboration with Sid Lee Collective, the glass vessels were launched on July 18thduring a theme day at Sid Lee headquarters in Montreal under the name “Sid Loves Montreal”. The day served as a celebration of the city and a reinforcement of the company’s cultural roots, which was underlined further with the launch of the Montreal-based water charity project.