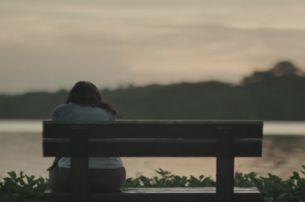 As part of World Suicide Prevention Week, TBWA\Singapore has once again partnered with Samaritans of Singapore (SOS) to continue the Plaster the Silence campaign, which encourages everyone to show their support by wearing a black SOS plaster on their inner wrists.

The plaster acts as a conversation starter, emphasising that the first step to suicide prevention is to get people talking about their feelings and what they’re going through.

In 2015, the number of suicides was reported at 409 (the lowest since 2012). However, despite the overall drop in suicide rate, teen suicides are at a 15-year high with more than double the number of cases in 2014. Troubled teens cite mental health issues, academic pressure, and relationship problems at home and in school as sources of stress.

That’s why even as this year’s campaign continues to reach out to everyone from all walks of life, there is a special emphasis on appealing to the youth.

From 5 September 2016, supporters are able to download a virtual plaster, which they can add to their social media profile pictures, effectively spreading the word through the platform most familiar to young adults.

On 10 September 2016, black SOS plasters will be given out at several locations throughout Singapore, particularly in areas frequented by teens. Supporters will be able to collect the plasters, wear them on their inner wrists and post a photo with a heartfelt caption using the hashtag #HOWRU.

Christine Wong, Executive Director of SOS, said, “The concept behind the campaign is about paying attention to those around you right here, right now. Suicide prevention is more than just about the relevant professionals averting crises in an emergency situation. It starts with all of us doing something every day, in our own little ways. The first step can really be as simple as asking our loved ones ‘how are you,’ finding out about how they feel, and being there for them as they work through whatever it is they are going through.”

“Last year’s campaign did well, however our work isn’t done and we hope to keep the conversation going to create awareness by distributing even more plasters this year,” said Edmund Choe, Regional Chief Creative Officer of TBWA. “Hopefully, we can prevent more suicide cases from happening.”

A number of celebrities with a strong following among teenagers have pledged their support for the campaign, including Kelly Latimer, Churp Churp Alpha Influencer and Sports Presenter; Hirzi Zulkiflie, Artiste; Sonia Chew, TV and Radio presenter; Felicia Chin, Mediacorp Artiste; and Nat Ho, actor and singer.

But it’s not just youth culture figures. Mr Lawrence Wong, Minister for National Development and Second Minister for Finance, as well as Patron of SOS, has also pledged his support for the campaign. Blog Advertising Community Nuffnang has also agreed to help create awareness about the campaign through their network of bloggers.

The campaign will also see brands stepping up to lend their hand to spread awareness. Hansaplast has come forward to donate media space across 10 stores where they have retail presence. Mediacorp sponsored outdoor space at bus shelters. Local food and beverage outlets and entertainment venues frequented by teens have also come together to show their support. Cafes are distributing the black SOS plasters attached to drink coasters and coffee cup sleeves, fashion retail outlets are using their store’s mannequins to spread awareness of the cause, and Golden Village and WE cinemas have donated their advertising space for a special 60-second commercial.

Information on downloading the virtual plaster and collecting the black SOS plaster can be found on sos.org.sg. 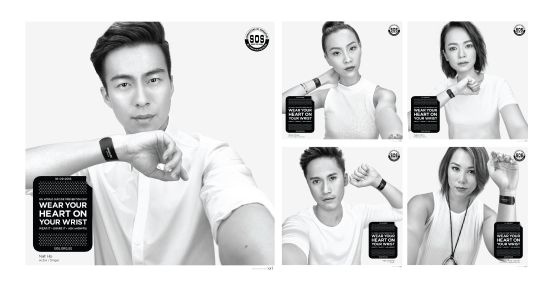