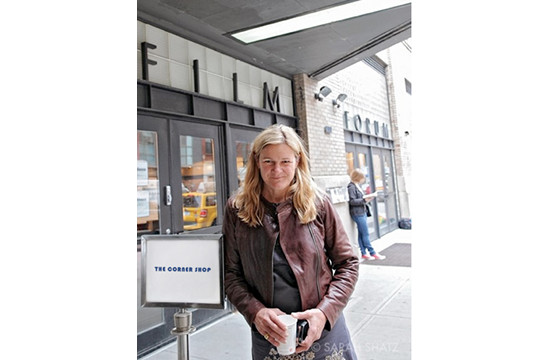 The Corner Shop are proud and happy to announce that Oscar-nominated director/cinematographer Ellen Kuras will be joining their newly formed Production Company.

Kuras is one of the most talented and respected cinematographers in the film and advertising industry. Her transition into directing has swiftly led to international acclaim. Her first feature documentary ‘The Betrayal’ (Nerakhoon), which she directed and shot received an Academy Award nomination for Best Documentary, an Independent Spirit Award nomination and won the Primetime Emmy for Best Documentary in 2010.

She has directed commercials for Nike, AT&T, Delta and Honda amongst others. As a cinematographer she has collaborated with Martin Scorsese, Spike Lee, Jim Jarmusch, Dave Chappelle, Sam Mendes and Michel Gondry, on the very visual ‘Eternal Sunshine of the Spotless Mind’.

Kuras is the first signing to the newly formed company by Anna Hashmi and Peter Thwaites.

They are represented by Resource on the west coast, Mary-Kate Hatfield in the mid west and Ziegler/Jakubowicz on the east coast.

In the UK they are partnering with Outsider, Les Telecreateurs in France and Czar in Germany.

Please check out the website for further details: www.thecornershop.tv