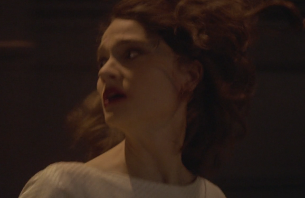 Directed by Elle Ginter, with Director of Photography Allison Anderson, Retrospect is a 1:30 ode to BMW’s 100th year in business that follows two people back into their life the 1950’s.

You can view the ad below:

Director Elle Ginter says, “The story is very nostalgic, and there’s such power to looking back at your life. I thought that fit as a subtle nod to BMW’s 2016 centenary and all that they’ve accomplished as a business. Cars have been a personal part of people’s story for years - they’re in family photos, family stories… so rather than the focus being on what this couple was running from, it is more on the fact that this adventure brought them together, and BMW was a part of that in motorcycle form from the very beginning… It makes sense that travelling together in their new BMW automobile all those years later would spark memories of the moment they came together, travelling on his BMW motorcycle decades before.”

The ad uses sound design and period art direction to bring us back in time, with shots getting more abstract towards the end, where we are lifted suddenly into the present. “This is much how a memory works, right? It gets fuzzy at points. I wanted to use editing and the style of shots we chose as a device to fade the viewer into the woman’s mind as she looked back. At the beginning, things are very clear, very structured - the height of the tension. Towards the end, the movements become more flowing; they literally fade us into the night a bit.”

The team behind the film used renowned facial prosthetics artist Kelley Coleman to age the main characters by 30 years. “I thought it very important to connect that the two young adults you see at the beginning are the same people that you see at the end, in their 60’s. We considered hiring older actors, but at the end of the day the prosthetics were experimental and they really paid off in selling through the nostalgia of the piece.” Elle Ginter is a NYC-based director. To view more work, go to www.elleginter.com.