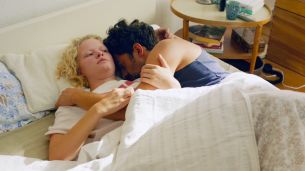 ‘My Morning After’ – devised by creative agency Havas London – is ellaOne’s first major campaign since it became available over the counter without a prescription in the UK in 2015.

Targeting women aged between 18 and 25, it largely comprises digital and social media activity and centres around a positive, defiant manifesto empowering women who have had unprotected sex or whose contraceptive method has failed.

It’s the morning after the night before
I know what they’re thinking, and I feel insecure
So an accident happened, this much I know
We were together last night, yet I feel so alone

Because this body is mine
I can still be protected
Decisions like this, they should be respected

A baby? Maybe. One day, we’ll see
But what I’m doing right now is the right thing for me
Because it’s my future. I am my own master

It’s my life. My rules. My Morning After.

These words were brought to life through a 60’ film following the stories of five women from different backgrounds, but with at least one thing in common: they’re all taking control of their morning after. An honest, authentic and relatable portrayal shot by Pulse Films’ Stella Scott, it aims to remove the societal and emotional barriers to entry by normalising the use of ellaOne when contraception has failed – while simultaneously celebrating women being in control of their own bodies.

ellaOne is not an abortion pill and so will not interrupt an existing pregnancy – instead, it acts to stop or delay ovulation to prevent conception taking place.

Kate Evans, Marketing Director UK, Ireland & Nordics at HRA Pharma, says: “While category awareness is high, awareness of ellaOne as a product remains low, despite it being the most effective on the market. Sadly, there also remains a cultural stigma around emergency contraception itself. This campaign aims to break down those barriers and empower women to make the right decision for them, without fear of judgement.”

Aaron Howard, Creative Director at Havas London, adds: “Sometimes accidents happen. There’s no shame in that. ellaOne is a product that has widened the choices around emergency contraception for women – but this is bigger than merely extolling product benefits. We’re promoting an attitude. And if we go some way to shaping a culture that gives women confidence – and couples for that matter – then we’ve done our job.”

ellaOne is the world’s most effective morning after pill. It is the only emergency contraceptive product to contain the active ingredient Ulipristal Acetate – which last year was added to the World Health Organization’s Model List of Essential Medicines.